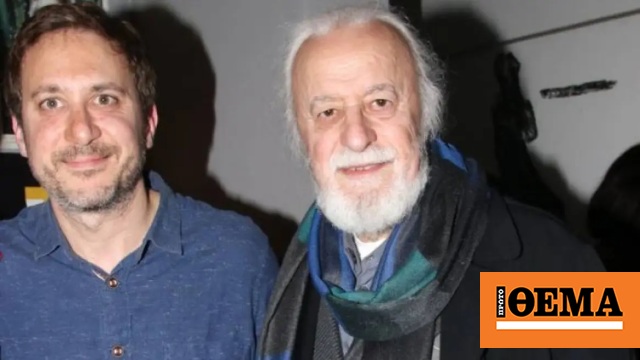 Paparazzi and “journalists” expressed her annoyance at being outside the family’s vacation home. Haris is the son of Noti Mavroudis. As he points out in these difficult times, “lifestyle shows invite us to ask questions that a person might not think to ask their partner, their fellow parent”.

“The last time I remember our father crying was when Hadjitakis died. I also remember how angry he was when some “journalists” showed Hadjitaki on a stretcher on television, disrespecting his death.

Our father, by his approach to life, avoided this “magazine”, he never “played” the lifestyle game, keeping the measure and balance he chose.

At this time, acrobatic paparazzi “journalists” around our cottage, not respecting our attitude towards life, trying to record our pain. Lifestyle shows make us ask questions that a person might not think to ask a fellow human being who has lost a partner or a parent.

I urge TV stations to ask their staff to be respectful of the difficult times we are going through (even for men).

Saturday, the funeral of Noti Mavrouthis

Meanwhile, Noti Mavroudis’ son Haris said in his Facebook post that his father’s funeral will take place on Saturday 07/01 at Salandrio Cemetery. As he notes the family’s wishes, instead of wreaths, money should be collected to buy musical instruments for the youth symphony orchestra of the municipality of Salandario.

The funeral of our father Noti Mavrouthis will take place on Saturday 7/01 at 10:30 am at Chalandrio Cemetery…

Posted by Harris Mavroudis On that day Wednesday, January 4, 2023