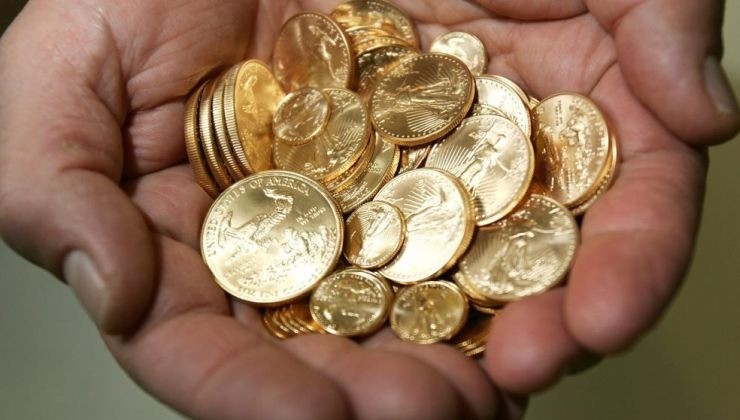 “Breathing” from 400 euros / piece is the price of the gold pound at the “dawn” of 2023, with the profits of those wishing to proceed with the liquidation today clearly greater compared to the previous decade, when it seemed that the precious metal had lost … its luster.

According to the bulletin published on a daily basis by the Bank of Greece (BoG), the gold pound made a “step” in the new year at 387.47 euros, rising to 388.64 euros on January 3, with the supervisory authority, in fact, to move forward on the same day with a revision. Selling price to 395.45 euros. On the fourth of this month, the price that someone could “catch” by liquidating their gold pounds at the “counters” of the Bank of Greece touched 396.85 euros, while it “closed” last Thursday at 396.56 euros.

It is mentioned that the lowest price of the small yellow coin was recorded on January 13, 2009, when the economic crisis broke out in the country, as sellers earned only 147.61 euros / piece, while the highest price was on March 9, 2022, with profits in the event of selling approaching 420 euros / piece .

Although the Bank of Greece has not yet released data on the purchase and sale of the gold pound for the entire year 2022, it is nevertheless considered certain that the number of sellers will be greater than the number of buyers.

The figures for the ninth month are revealing, after all: the Greeks liquidated 43,141 gold pounds and only bought 8,687! The latter seem to take the view of those who regard gold as a safe haven in times of great uncertainty, and continue to show their preference for the currency in question, despite … the unacceptable conditions set by the supervisory authority. This is because at the beginning of 2009, more specifically on 2/1/2009, the Bank of Greece was buying the gold pound at 150.07 euros and selling it at 167.6 euros (the bid-ask spread was 17.53 euros or the percentage. 11.68%) today the purchase price has increased to 396.56 euros, and the selling price is 477.92 euros, meaning the difference jumped to 81 euros, or almost 20%!

The specified pricing is valid for transactions of up to 10,000 euros, and for larger amounts the central bank – which, by the way, also collects a commission of 5, with a minimum of three euros – sets the rate based on the current price of gold per hour of transaction.

According to competent sources, the buying and selling rates are slightly better in the corresponding prospectus of Piraeus Bank, which is also the only commercial bank in Greece active in gold products and services, as official agent and distributor of the Royal Mint in Great Britain. For the availability of British gold pounds in our country.

As they explained, its prices have been under pressure since November 2022 amid turmoil in the markets due to fears of an economic recession and with central bank purchases of gold supporting demand. However, the situation can be reversed, as the pace of interest rate hikes around the world is expected to slow down this year.