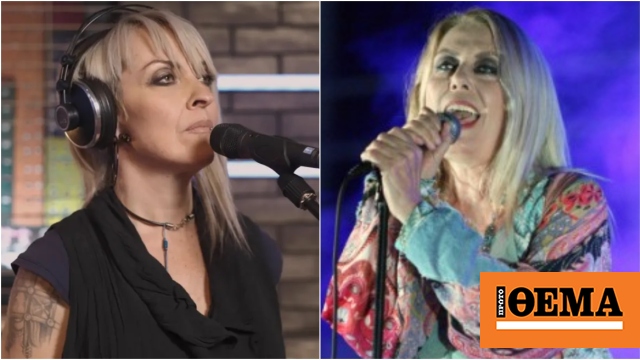 the Georgia Kevala She gave an interview to the program “Pame Danae” and talked about, among other things, her relationship with him Tsatsu Theodosia.

Speaking about her life and her parents, the singer commented: “My father was very worried. He made some money and instead of getting an apartment in Athens, he was buying land on the islands. He took it to Folegandros, in Corfu… He built a kebab shop and helped his three kids. I wasn’t wild when I was young, I was submissive, sweet, a little dark and shy. Since I was a child, I used to feel sad inside of me. My family was poor and we lived in a basement in Kolonaki. My parents were cleaners and they got an apartment in the apartment building where they worked».


Then Georgia Kevala referred to her relationship with Theodosia Tsatsu and emphasized: “When we celebrated the 20th anniversary of Blue, we invited Theodosia Tsatsu who was the first singer in the band. We had never met Theodosia and I knew there was antipathy towards my person. In the end we ended up on a very nice relationship with Theodosia. I made it hard for her and she made it hard for me, but she took it more personally. We became friends and he told me “I loved my enemy”.».

Blizzard in the United States: looting in closed stores and thousands of canceled flights


Mitsotakis in Crete and Ecology in Athens hold up well


Weather: Sunshine and a slight drop in temperatures today – rain is expected

See also  What does 'House of the Dragon' look like IRL