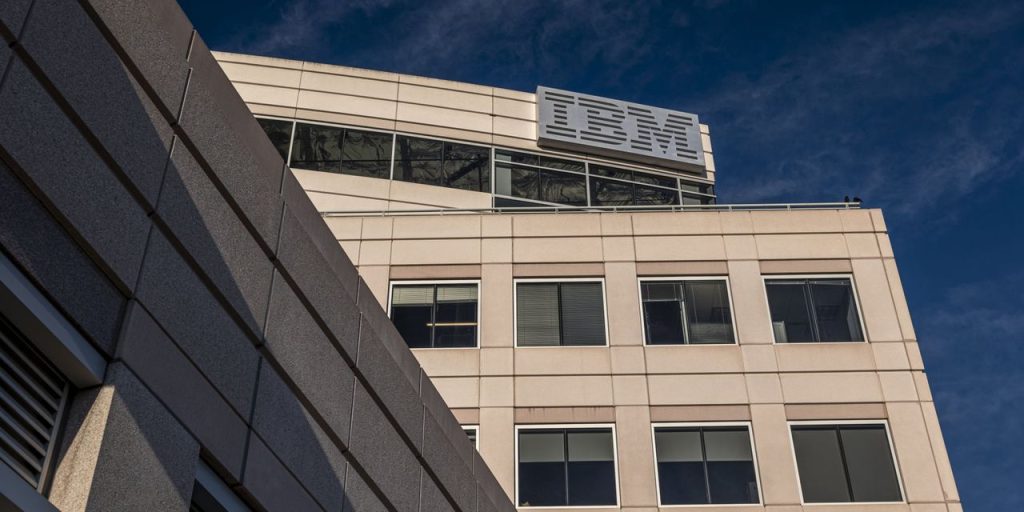 Tech earnings season kicked off with better-than-expected quarterly results, despite headwinds from a stronger dollar.

In the second quarter, IBM (stock ticker: IBM) reported revenue of $15.5 billion, up 9% from a year ago, or 16% currency-adjusted. That exceeded Wall Street consensus expectations of $15.2 billion. Earnings on an adjusted basis were $2.31 per share, three cents ahead of analysts’ expectations. Under generally accepted accounting principles, the company earned $1.61 per share.

IBM continues to see positive results From the recent restructuringThe company focused on software and services related to artificial intelligence and hybrid cloud computing. The company is also at the start of a new product cycle for its mainframe business, which should help support growth for at least the next few quarters.

IBM CEO Arvind Krishna said in an interview Monday that the company’s growth was balanced across geographies in the quarter, with currency growth steady at its highest level in more than a decade, despite the current economic environment.

“We’re always paranoid,” he says. “But demand is very strong and on a global basis technology is the balancing act for higher interest rates and inflation.” He said that demand in Europe remains strong, even in Eastern Europe, closer to the front of the Russian war on Ukraine.

He points out that many investors were concerned that the firm’s advisory business, in particular, could slow in an economic downturn — and that advisory is the first thing to cut. But he sees no signs of that. “I am not sure that will be true this time,” Krishna said. “Technology is more important to our customers. They need our help and our expertise.”

Looking ahead, Krishna does not anticipate a recession in the depths of the 2008/09 downturn, anticipating a two-quarter decline of 1% to 2% in the Americas, with more uncertainty in Europe. But he also believes that, unless there is a deeper recession, IBM’s growth rate will not be affected.

IBM said currency headwinds reduced reported revenue by about $900 million, or about $200 million more than the company had expected based on exchange rates when it last announced quarterly results in April. The constant currency growth rate includes about five percentage points related to

The managed IT services company that spun off from IBM last year.

Software revenue for the quarter was up 6% or 12% in constant currency, driven by strength in automation, security and Red Hat. Consulting revenue increased 10%, or 18% on a constant currency basis, while IBM’s infrastructure segment grew 19%, or 25% in constant currency, reflecting the launch of the new generation of z16 mainframes. On a currency rate basis, software growth slowed from 12.3% growth, while advisory rate increased from 17.4%. Krishna noted that the z16 got off to a strong start and ahead of the company’s previous expectations.

IBM reiterated its full-year revenue forecast at its maximum revenue target for single-digit medium growth, although the company revised its free cash flow forecast to a single point of $10 billion, from the previous range of $10. $1 billion to $10.5 billion. Krishna said the revised cash flow figure reflects the $200 million in connection with the suspension of operations in Russia, cost inflation and foreign exchange impacts. He noted that IBM has not changed its forecast of $35 billion in free cash flow for the three years through 2024.

“We are a fast-growing, focused, and disciplined company with sound business fundamentals,” James Kavanaugh, IBM’s chief financial officer, said in a statement. “Our frequent revenue stream and strong cash generation put us in a good position to continue investing in research and development, acquiring new businesses, and enhancing our talent in every part of the business, while returning value to shareholders through dividends.”

IBM is up 4% this year, outperforming