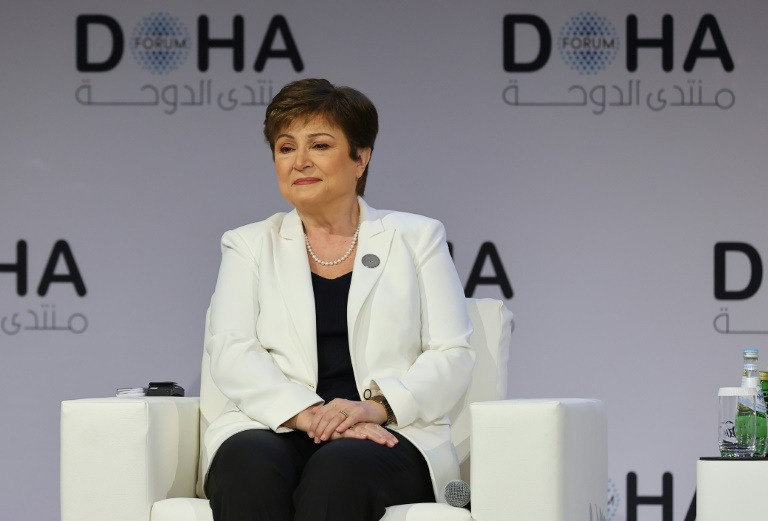 The Managing Director of the International Monetary Fund on Tuesday (May 10) called for the modernization of the cross-border payment system using digital platforms, arguing that this would reduce the risks of “fragmentation” of the global economy.

In a speech delivered at a conference in Zurich, Switzerland, Kristalina Georgieva He pointed out that the international payment system that allows the movement of capital between countries faces “big challenges” that start with great costs.

Al-Zaim gave the example of remittances from immigrants to their families.

“The average conversion cost is 6.3%. Which means that some 45 billion dollars a year It is diverted to the benefit of intermediaries” rather than benefiting beneficiaries including “millions of low-income families,” she said.

Moreover, one of the biggest current risks is “fragmentation”, she said, citing Russia’s invasion of Ukraine that “caused not only massive human suffering, but also shocked the global economy and sharply increased the risk of a ‘new cold war'”.

The temptation for some countries is to develop parallel payment systems to mitigate the risks of potential economic sanctions.

Such potential “push groups” will only exacerbate the effect of the emergence of new “economic blocs”, with additional costs, the leader notes.

“My bank in Washington can exchange my $10 for a digital code, which will then be transferred through a platform to a Swiss payment provider that credits my friend’s wallet in Zurich,” she explained. “It’s like mailing a ten dollar bill, but as fast, secure and at the lowest cost.”

For the IMF, new platforms can be a source of innovation provided they are well designed and regulated. It must also be compatible with the political objectives of the countries.

A new study by the Foundation, published on Tuesday, shows that “crypto assets can be used to circumvent capital flow management measures, which would jeopardize the stability of national economies and the global order,” however, the “Institution” cautioned.

“That is why we call for a comprehensive and coordinated global regulation in this area,” Georgieva continued.

One challenge is to develop tools to automatically detect risks and irregularities in capital flows.