In the fields of corn in Brazil, the second largest exporter in the world after the United States, farmers are wrapping up an annual harvest, which will reach a record high.

The increase in surface area, generally favorable climatic conditions, and increased productivity enabled the country to double its sales abroad.

Brazilian grain production will increase by 30.1% this year and reach a total of 113.3 million tons, driven by a similar historic second crop, with 86.1 million tons of maize (+41.8%) produced, according to the national supply company (Conab) in its group. Final report for the season.

“The global market is more focused on the US harvest and the sharp drop in production in Europe,” Safras e Mercado analyst Paolo Molinari told AFP.

But Brazilian corn is reassuring about the availability of grain. Without this harvest, the upward trend in prices would be much greater,” he adds.

Due to a severe drought, China, the major producer and consumer of corn, hastened its negotiations with the South American giant and signed an agreement in May to open its market to Brazilian grain, while temporarily waiving some phytosanitary requirements associated with cultural regulations. Management.

As for Europe, “it buys a little more Brazilian corn than usual, particularly Spain, Portugal and the Netherlands,” notes Mr. Molinari.

Started in the early 1980s, the so-called “safrinha” (“small harvest”) seed, which was planted as the second crop after soybeans, overtook the summer (Australia) crop a decade ago and has since established itself as a major crop, accounting for 75% of the total production this year.

At the same time, the areas occupied by summer maize were allocated more to oilseeds. “Unlike the northern hemisphere, the tropical culture in Brazil makes it possible to have two crops in the same year,” recalls Lucilio Alves, a researcher at the Center for Advanced Studies in Applied Economics at the University of São Paulo (Sibia).

“In an effort to intensify the use of their soil, Brazilian farmers realized that expecting soybeans to be sowed in October in order to harvest it as much as possible in February would allow them to plant corn at a later time and benefit from the good yield of both crops.”

The prediction of soybean sowing and the development of “saffinha” corn is made possible through the use of genetically modified varieties of “time-improved” crops that today occupy almost all fields.

This year, “despite a sharp increase in production costs, the high level of grain prices and the prospect of a soybean harvest encouraged producers” to increase the surface area of ​​the “saffinha” corn crop (+9.2%), the largest ever observed, Conab identifies in its report.

These farmers were able to take advantage of the ideal window for growing grain and despite the drought and low temperature in many producing regions, they benefited from generally favorable weather, particularly in the state of Mato Grosso, the country’s main supplier.

This enabled Brazil to achieve an overall productivity gain of 20.2%. “We can still double the area of ​​winter maize without deforestation, by occupying already open spaces, and converting pastures into agricultural areas,” asserts Glauber Silvera, executive director of the Brazilian Association of Maize Producers (Abramilho).

But the South American giant still has to contend with many challenges, including storage capacity, “in a chronic deficit,” notes Leonardo Alencar, an analyst at XP Investimentos.

Brazil had the second best crop of soybeans this year and “there are still some in silos, forcing farmers to store corn in the open.”

The country also needs to improve its performance in terms of transportation, but João Pedro Lopes, of commodity market analysis firm StoneX, points to “infrastructure investments to improve roads and expand ports.”

Improvements in the export corridor to ports in the north of the country have “halved the distance to winter corn from the central region of Brazil”, where Mato Grosso state is located, allowing “to reduce transport costs”, asserts André Pessoa, President Consulting company Agroconsult. 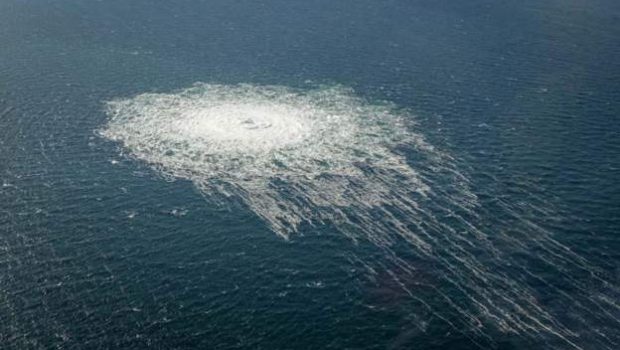 Denmark: The hole in Nord Stream 2 is really big