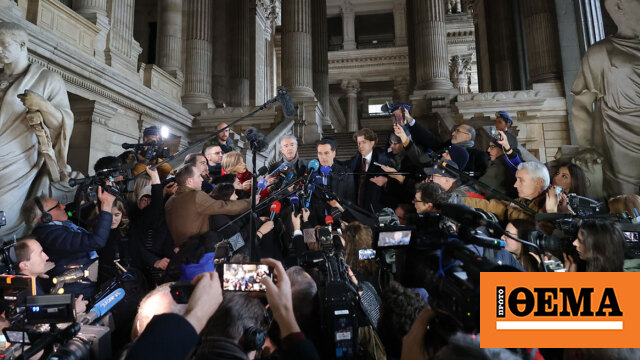 In the next few hours it is expected to know whether Eva Kylie He will remain in jail or not until his case is heard Qatargate After the end of the hearing before the Belgian judges.

As stated by her lawyers, the Pre-Trial Board decision is expected later this afternoon.

Ms. Kylie developed her arguments for about an hour Thursday morning After being transferred to the Brussels court About ten o’clock in the morning

her lawyers Eva KylieAs they told reporters gathered outside the courtroom in the Belgian capital, they argued before the judges that the Greek MP is innocent, has not taken a bribe and is cooperating with the authorities.

Attorney Michalis Dimitrakopoulos: “Eva Kayley is innocent.” A court decision is likely to be made tonight. Will MEPs be in prison for Christmas? If it were up to her counselor, she would celebrate at home, with an ankle bracelet if necessary. #Qatargate pic.twitter.com/jBEStcshgE

In this context, Eva Kylie’s lawyers asked the Belgian judges to do so Release them from prison From their client with a “bracelet”.

NEW: Eva Kylie’s lawyer says they have requested her release from house arrest with an electronic mark and that she is cooperating with the investigation while denying any wrongdoing.

The court will issue its decision later today.

Indication of interest Diversity in the heart of Europe The photo was with dozens of journalists outside the court.

Kylie’s plot is pledged on Paros

In parallel with the decision of the Anti-Money Laundering Authority headed by the former Deputy Prosecutor General of the Supreme Court Charalambos VourliotisThe plot of land with a total area of ​​7 acres in Paros purchased by MEP is reserved Eva Kylie And her husband Francesco Giorgi.

At the same time, hold a joint account before Eva Kylie And her husband, who has been dealing with money Purchase of said property.

The property was seized in the course of the investigations of Money laundering which is also being carried out in Greece.

However, through her Greek lawyer Michaelis Dimitrakopoulou The European Parliament had said a few days earlier that the purchase of the property in Paros was completely legal and that the funds for it were justified by its fees and income.

According to information from the Anti-Money Laundering Authority, there were serious suspicions of money laundering in connection with the purchase of a 9-acre plot of land in Paros.

That is why it was requested by the financial prosecutor Christos Bardakis Investigate the crime in question. Characteristically, in Mr. Vorliotis’ conclusion accompanying the takeover of the plot which is forwarded to Mr. Bardakis, he mentions that there are serious suspicions that the money for the purchase of the plot comes from money laundering.

It is stated that this is a plot of land in Paros, bordering the Easterni settlement, at a distance of approx. 600 meters from the seawith a view towards Naxos.

As stated by the architect who conducted the permit review for ERT, Vassios PetropoulosAnd the “The two-storey houses with a basement and a swimming pool will become single-storey houses with a basement and a pool. We made the plans, they were submitted to the City Planning Department but the permit was not issued. No, no company was involved. It was in her name and in the name of her partner.”.

In total 280 square meters Of the area is buildable, while, according to the couple’s architect’s mechanical intent, the house would become a vacation home: “We had 3-4 meetings. They wanted a house for them to live in next summer, and a home for her family was planned.”.