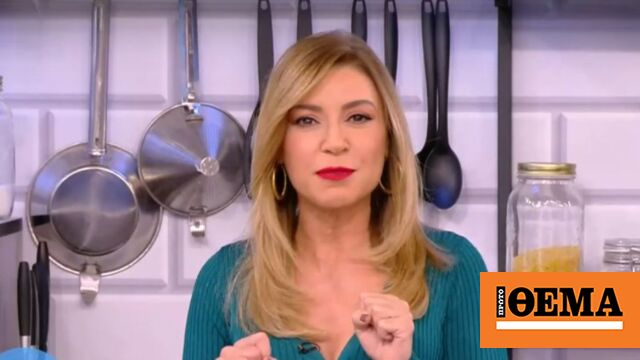 view it Ines from Taranto AT OPEN Titled “WE” CLOSED TODAY.

And the channel announced the cancellation of the show last Tuesday, due to low ratings.

Just before the credits roll, the presenter gathers around her castmates and is visibly moved, saying goodbye to her viewers.

“I don’t like tears and emotions at all. It’s work, at work we meet, get lost, meet again … I just want to thank everyone who followed us and made appointments with us, ” Ina Taranto said at the beginning.

“I want from the bottom of my heart to thank the people who spoke to us, who stopped by our show to tell us about their lives, the places they love, who opened up their homes,” He completed.

Finally, I thanked the channel that gave me the opportunity to present this show and the people I worked with.

“We had an early ending. It’s okay, at some point we’ll meet again somewhere else with other stuff. Thanks to the channel for believing in this show and giving it a chance and of course to my amazing team.” She said she was visibly moved and thanked her partners one by one.

Ina Tarando noted in her recent remarks about the reasons for the final end’s end: “Unfortunately, it didn’t have the effect we wanted and it was decided to discontinue it. I don’t know what went wrong. The concept we believe in has served us well from the start. Society seems to want something else to see. Not to say society and mainstream. Maybe people are used to seeing shows a certain way and they don’t want anything else.”

“We have regularly discussed how we might also arrive at these numbers within the context of the average channel.” added the journalist.

See also  Tsitsipas: On the bouzouki with Silver and Rouva - the track caught fire

As for her new career plans and the next day: “The next day I’ll be found here, I have two more days of broadcasting which I will do with great pleasure. I have a contract that doesn’t expire yet, let’s go for more” She said thanking her team and her fans.

Open Announcement for “We” Program


OPEN announces the end of the broadcast cycle for the live daily show “We” with Ina Tarantou on Friday, November 25, 2022.

We would like to warmly thank the distinguished journalist and her wonderful team for their tireless effort, enthusiasm, and work in building a program of a special nature, but it did not gain the expected acceptance.

The World Cup ‘sexiest fan’ is at risk of arrest

Police raid the Scientist in Kalamata