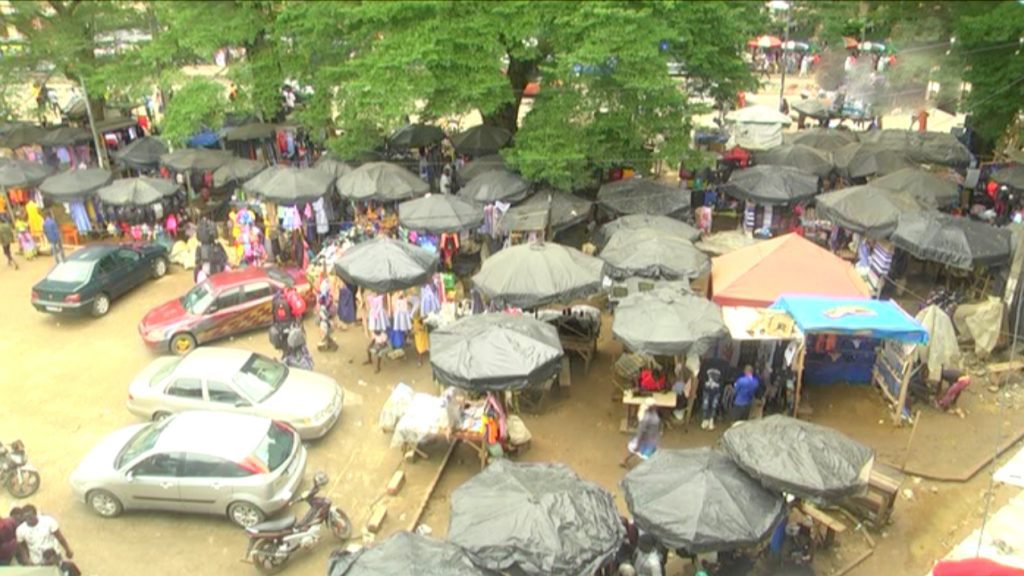 #Ivory Coast : It is not uncommon to see vendors in Abidjan occupying the streets in a chaotic and illegal manner. These merchants run their business peacefully at the expense of the calm of the locals. Approximately 12 municipalities in Abidjan as a whole are affected by this situation.

In Abidjan, the Ivorian economic capital, many streets are increasingly being converted into illegal markets. In almost all municipalities, this phenomenon is gaining momentum. Here, in Yopougon Siporex, hundreds of vendors occupy the streets around this area. Moreover, the green space of this city which was built in the 1970s has become an open air market for 20 years. Here, the sale of various items often rhymes with fight, robbery, deafening noise, and many other inconveniences. And all this at the expense of the local population powerless in the face of this situation.

“You can get attacked easily and you can’t go home after 6pm. Go home“,” Arno denounces Seaburkes City Youth President.

>>> Read also: Ivory Coast: reading, writing, arithmetic and counting, a challenge to be met in the markets

“Here, it is not a market. We grew up here and at the base, it was outdoors and as a kid, we played there and today the people settled. You want to go home, there are people and we don’t know who it is. Insecurity is what bothers us. The city council should look into the case of chaotic facilities“,” Alice adds Natasha, who is a local.

According to residents of the area, this green space was temporarily occupied by merchants during a trade fair in 1992 for the occasion. Since then, the site has been illegally and chaotically converted into a marketplace. The vendors were disposed of several times, and each time the vendors colonized the place again. Under the awnings, tarpaulins, they offer customers various services ranging from catering to used clothing, including selling shoes and phones.

>>> Read also: Urban transport in Abidjan: no more chaotic stops for taxis between Oro, Roux and Jbaca and inter-municipal taxis

“I do my little business here, and I sell the sauce with rice and fish. It will not be easy for people to leave here, because there is nowhere to go for sale“,” Supports Noel Sedge, restaurateur.

“We are not the force. They are there, they are selling. We can’t do anything, so it’s hard. Do you see me forcibly telling them to leave? I cannot“,” Maryam Diaby, a resident of the area, resigns.

Yopougon municipal authorities, for their part, are in the process of building more modern markets, two of which are now operational. The cost of all these markets under construction is 1.10 billion CFA francs (1.676 million euros). Objective: To put an end to these chaotic and illegal markets and to relocate a large number of merchants to modern sites. Although, for some, more market space is needed to meet demand.

>>> Read also: Gabon: Into the spontaneous night markets of Libreville

“We are still working on this problem and there are not enough places according to the traders, because as you know in the trade every day there is a new person sitting with his table, so we will say that 600 places is not a lot, because there are probably 5000 traders“,” Says Arno, Siporex City Youth President.