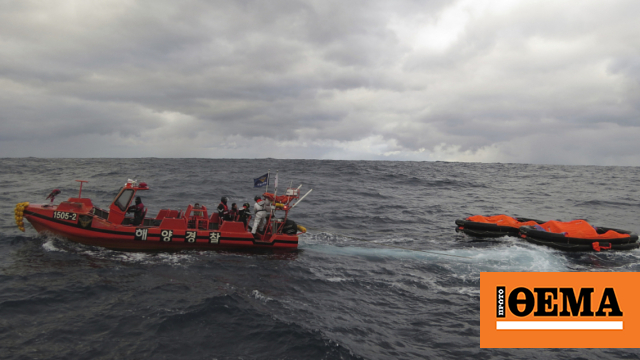 The Japan Coast Guard continues operations to find 18 crew members of the 6,651-ton cargo ship Jintian, which capsized while sailing off Nagasaki, in the southwestern part of the Japanese archipelago, in the East China Sea.

“At 07:14 (local time; 00:14 Greek time), four Chinese people were rescued, but we are still searching for the remaining 18 truck crew,” a spokeswoman for the Japan Port Authority told AFP.

The spokeswoman added that “a plane is already in the area and two ships are heading” to the sea area where the Jintian sank. According to media reports, the four rescued crew members were spotted by a passing merchant ship in a lifeboat. The Japanese Coast Guard was unable to confirm or deny reports that other crew members had boarded the lifeboats.

A cargo ship capsized off the coast of Nagasaki, western Japan. So far, 4 people have been rescued, and 18 are still missing. 3 civilian vessels conduct rescue efforts for missing crew members. The crew consists of 14 Chinese and 8 Myanmar. pic.twitter.com/2Dmzt8oaiw

It was located in an inaccessible spot, about 100 kilometers west of the Dango Islands, a remote and uninhabited area.

The wreck was recorded just as Japan was hit by a cold snap, with daytime temperatures no higher than freezing, around 3 degrees Celsius.

It was not known what caused the wreckage of the truck carrying the timber. According to the Coast Guard, strong winds blew in the area when the two Gents issued a distress signal.

The war in Ukraine – USA: in their plans to send tanks “Abrams”