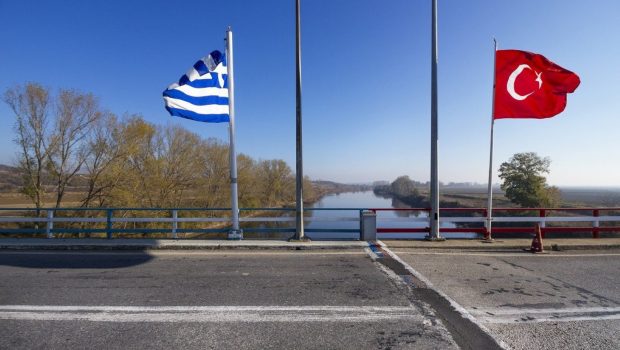 There are long-term and short-term causes Vol As we have experienced with Greece, our fundamental problems remain the same for decades, writes the pro-government newspaper Yeni Şafak Turkey (Photo, above, from dailysabah.com).

The author notes that there has been no progress on the continental shelf, FIR boundaries, demilitarization of islands with civilian status, or Cyprus. of the article Yahya Postan. And he continues: Unless these problems are resolved, a positive trend in bilateral relations is impossible.

The debate over Exclusive Economic Zone (EEZ) has recently added to these issues. As with the 12-mile issue, Greece follows a comprehensive, maximalist policy in the EEZ area. You remember the map of Seville published by Athens.

According to one of my sources, Greek diplomacy is not ready to solve long-term problems.

The above matters are ignored in all bilateral meetings. Athens says it can only talk about an exclusive economic zone with Ankara. As a result, negotiations became unclear.

At this point, Turkey sees Greek diplomacy as closed to communication, irrational and detached from reality.

No matter who I talk to in Ankara, I see that the hope that we can solve our problems with Greece through diplomatic means is now gone.

For example, internal political developments in Athens were among the most important issues affecting relations.

Mitsotakis, the Greek prime minister facing a wiretapping scandal, is using tensions with Turkey as an escape point.

See also  For those arrested for corruption and money laundering, Eva Kylie

The potential tension with Ankara was no doubt a good reason to cover up a major bribery scandal, at the center of which was Greek MEP Eva Kyli, the vice-president of the European Parliament.

They harass every flight

A source I spoke to recently said: “They harass every flight that takes off these days. We are giving the necessary response”. We learned about the latest harassment case from a notification by the Ministry of National Defence.

Leaks to the Greek media show that we will be tested by new diplomatic tensions in the coming months. Athens is said to be preparing to extend its continental shelf 12 miles south of the island of Crete. It is not directly related to Turkey. However, this is about Ankara, albeit indirectly.

As you know, the agreement on the Turkey-Libya Exclusive Economic Zone changed the regional equation against Ankara. The two countries further improved their relations with a new hydrocarbon agreement signed on October 3.

New tensions between Greece and Libya

The latter led to new tensions between Greece and Libya. To offset its losses in the Mediterranean, Greece began to pursue a policy of directly targeting Libyan rights and interests.

That is why, first of all, he signed an agreement with international companies for oil, gas and drilling exploration activities in the south of the island of Crete, bordering the Libyan-Greek sea field.

It was decided to extend the continental shelf 12 miles south of Crete, on the side of the island facing Libya. With these unilateral moves, Greece is trying to strengthen its sovereignty in the Mediterranean Sea at the expense of Libya.

Ankara’s view on the matter is clear. If Greece decides to extend to 12 miles, covering the east coast of the island of Crete and taking a step affecting the Aegean, it will be a cause of war for Turkey.

In 1995, a decision in this direction was taken in the Grand Turkish National Assembly. This position has been clearly communicated to the concerned parties. Based on this fact, Greece is expected to limit its decision to expand only to the southern coast of the island, which is about Libya.

It can be predicted that the tension on the Tripoli-Athens route will increase further in the next period due to the unilateral actions of Greece. In fact, the Libyan Ministry of Foreign Affairs condemned the agreement signed with international organizations.

The statement said Greece asserted its own position on maritime jurisdiction and the Tripoli government warned Athens not to take unilateral actions over the disputed areas.

It is reported that in the near future the Tripoli administration will launch an initiative against Athens to defend its rights in the Mediterranean. Ankara will undoubtedly not deny Libya political, diplomatic and military support in this tension.

It will be useful to closely monitor the diplomatic movement along the Tripoli-Ankara corridor in the coming days.

See also  Mourning in Agrinio for the Death of George Nikolopoulos: A Double Tragedy and a Fifth Murder of 2006