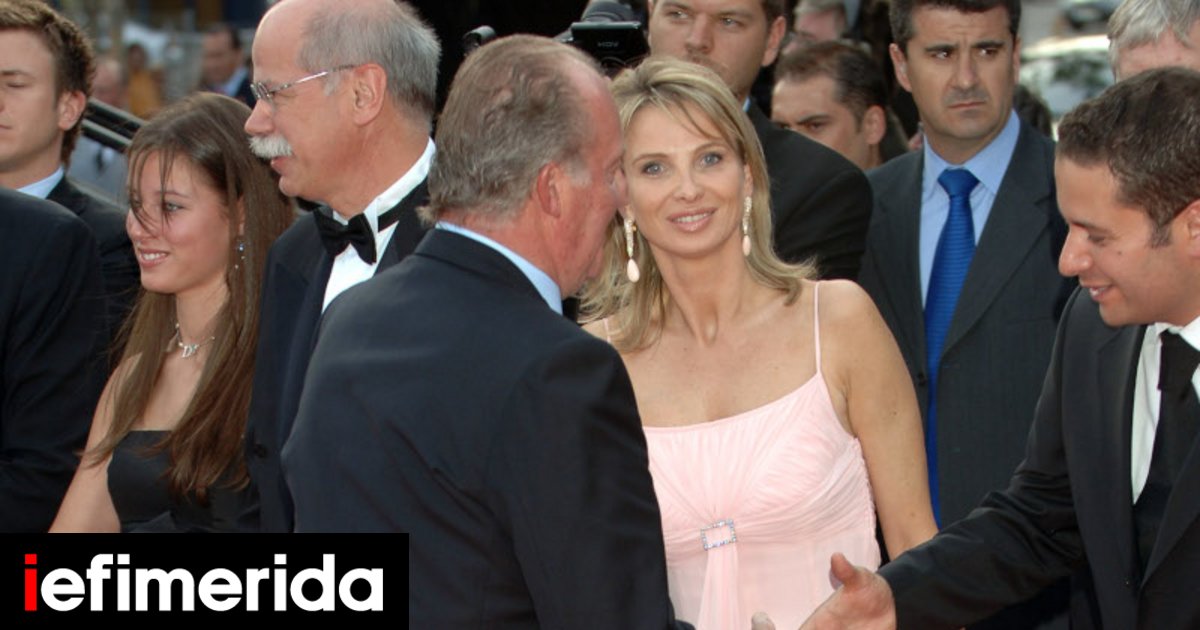 It seems that the cause of a new headache in the Palace of Spain is the revelation of the former mistress of the former king. Juan Carloswhich characterizes it as “unbalanced”.

Corinna Cho Zinn Wittgenstein, 58, who has been in a five-year relationship with Juan Carlos since 2004, will appear in a new investigative podcast series “Corinna and The King,” which will delve into the beginning of her relationship with the former king and how it played out in the end. He was instrumental in the resignation of Juan Carlos in 2014.

The series, which begins next week, is likely to coincide with Corinna’s case in the High Court of England Against Juan Carlos on charges of harassment and espionage.

“I felt like his wife, even though I knew he was seeing many women”

According to the “Times”, Danish businessman She told the podcast that she felt “married” to the former King of Spain during their affair and called him “the husband of her heart.”

She went on to describe him as “funny and very persistent”, albeit in an amusing way, at what she called “one of the greatest raiders in the royal world”. She also admitted that she was happy to continue her relationship with him because she “felt like his wife”, despite knowing that he was seeing many other women behind his wife Queen Sofia’s back.

acquaintance of Juan Carlos with Corina

Corinna explained that she met the then-king at the Duke of Westminster’s La Garganta estate in southern Spain when they both took part in a hunting party.

That night, Corinna, who was married but far from her second husband, Prince Casimir Chu Zin Wittgenstein at the time, says she impressed the king by breaking royal protocol when she left the table before he finished eating.

Her audacity apparently impressed Juan Carlos, because after this trip, according to her, the king began to send her flowers and letters of love every day.

The following year, the businesswoman separated from her husband and said that her relationship with the King of Spain had only intensified with the passing of the years.

Using the fake name “Mr. Sommer,” Corina claims that Juan Carlos called her “10 times a day” at her office in Madrid.

But how did the former king choose this title? According to Corina, “Sumer” is an abbreviation of “Su Majestad el Rey,” which translates to His Majesty.

As she tried to justify his calls as business calls, she said her colleagues could see the pretending because they recognized the king’s “thunderous and distinctive” voice.

This new podcast series by the King’s ex-mistress will also cover her involvement in the money laundering investigation of the former monarch in Switzerland and Spain.

After their breakup, Corinna claims that the ex-king harassed her Return 65 million euros which she transferred to her bank account.

The amount was a key aspect of the corruption charge leveled against the former King of Spain that led to Juan Carlos’s exile in Abu Dhabi in 2020.