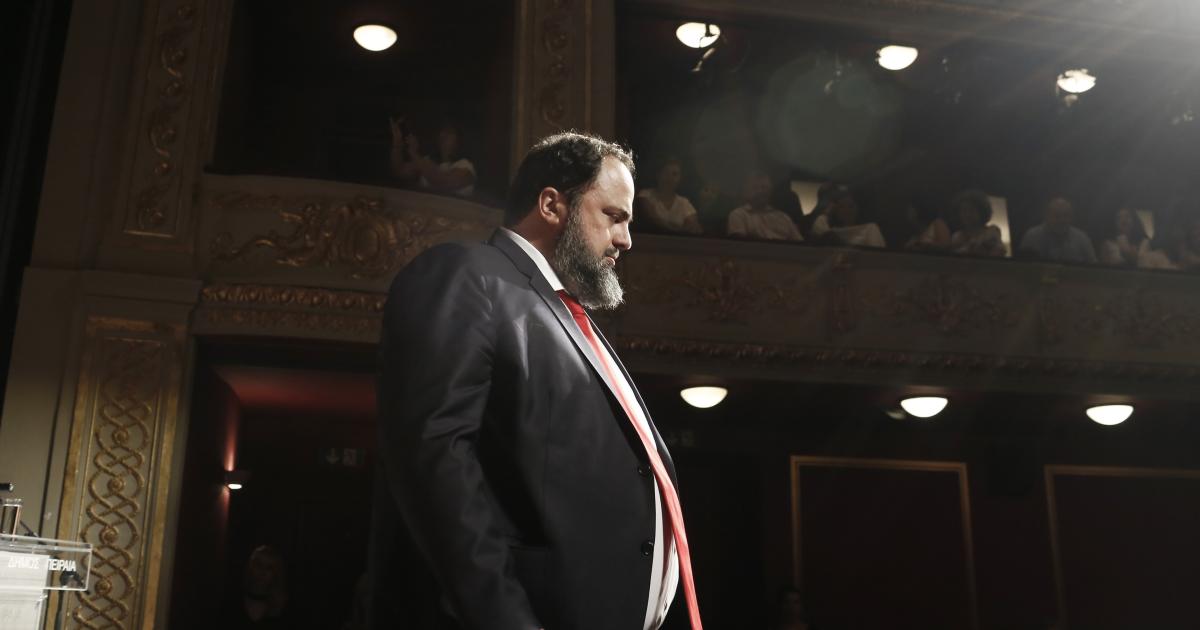 He “filmed” Vangelis Marinakis and stated that some “believe they can blackmail and dictate to the government.”

Kyriakos Mitsotakis launched an attack on Vangelis Marinakis – without naming him – during the interview with Ant 1 and Nikos Hatzinikolaou. The Prime Minister “portraited” the president of Olympiacos and denounced him for blackmailing him.

“Some have been confused in their roles. Some believe that they can have a group or control the media or both, that they can blackmail, dictate the government, patiently changing opinions from day to day, on the course of the country. Each individual’s roles are perfectly defined. The government has popular legitimacy.. Kyriakos Mitsotakis pointed out that we are elected by the people.

Specifically, he asked the Prime Minister about his brutal attack on the government The right hand of Vangelis Marinakis Yiannis Vrentsos demanded that Olympiacos administration condemn the relevant statement “with absolute clarity”. “Where exactly was this criminal organization then?” Kyriakos asked Mitsotakis and said Olympiacos had won three championships in the past three years and that he personally admired the team.

Nikos Hatzenikolaou: To what extent do you think all these issues tarnish the image of your government? Yesterday I heard the CEO of Olympiacos, Mr. Prentzos, talking about a criminal organization in the field of football, denouncing the Federation and linking this case to surveillance and wiretapping, and the former General Secretary of Maximus, Mr. Dimitriadis.

Kyriakos Mitsotakis: I also heard this about a criminal organization, according to the representative of the team, in football for the past three years at the expense of Olympiacos. I personally am an Olympian. Olympiacos has won three championships, if I’m not mistaken, by 26, 19 and 18 points over the second, in the past three years. Where exactly was this criminal organization then?

This is in relation to this particular comment, which I expect will be absolutely clearly condemned by the team management.

But I will also tell you something broader, Mr. Hatzenikolaou. Some are mixing roles here. Some feel that they may have a group or control some media or perhaps both, they feel they can blackmail, dictate to the government, and undermine – by changing opinions overnight – the course of the country.

It should be made clear here that the roles of each individual are quite specific. The government enjoys popular legitimacy. We are elected by the people. We want trading partners in the efforts for the progress of the country. But they are not submissive to us, nor are they their own interests pressuring the government to do something in their interest.

So, the message I am sending in all directions is that the government and I personally are not pressured, nor are we blackmailed. It is better for everyone to think about what their roles are. And I am referring not only to this specific case, but to the whole. The country has paid a heavy price, Mr. Hatzenikolaou