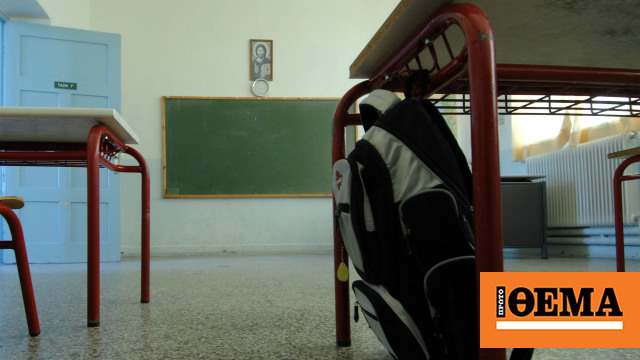 There was a commotion at the 3rd Lyceum on Friday morning (11/11). Lamias And even during class time.

According to Lamierport, the students threw Smoke generators into the school’s toilets, but very quickly the smoke spread to corridors and rooms on the ground floor.

Everyone thought it was exposed somewhere fire Inside the school he quickly went outside to the courtyard. There, a 2nd High School student started coughing violently until she lost consciousness.


Immediately, her friends and teachers ran to give first aid to the 16-year-old girl, while the EKAB ambulance was also summoned, the rescuers immediately arrived at the school and took the student, who fortunately recovered, but as a precaution, she was taken to the emergency department of GN Lamia for the necessary tests.

“This is an unprecedented incident of Lamia’s annual events in a school. It is the demand of every parent in both communities that this should be the last. Those who did this and supplied tobacco products to young children should be found…” the father of the unconscious student told Lameerport.

According to reports, the principal of the school informed the students to cancel all outings, which angered the children even more as the culprits are being punished without setting an example and punishing them, of course for no fault of theirs.

Cryptocurrencies: “King” Bankmann-Fried… naked – from 16 billion to… one dollar in five days!

Nia Smyrny: A cafe kicked out customers because they were old – what the owner says

Twitter: ‘Circus’ After Musk Buyout – What Analysts Say About ‘Two Weeks of Chaos’