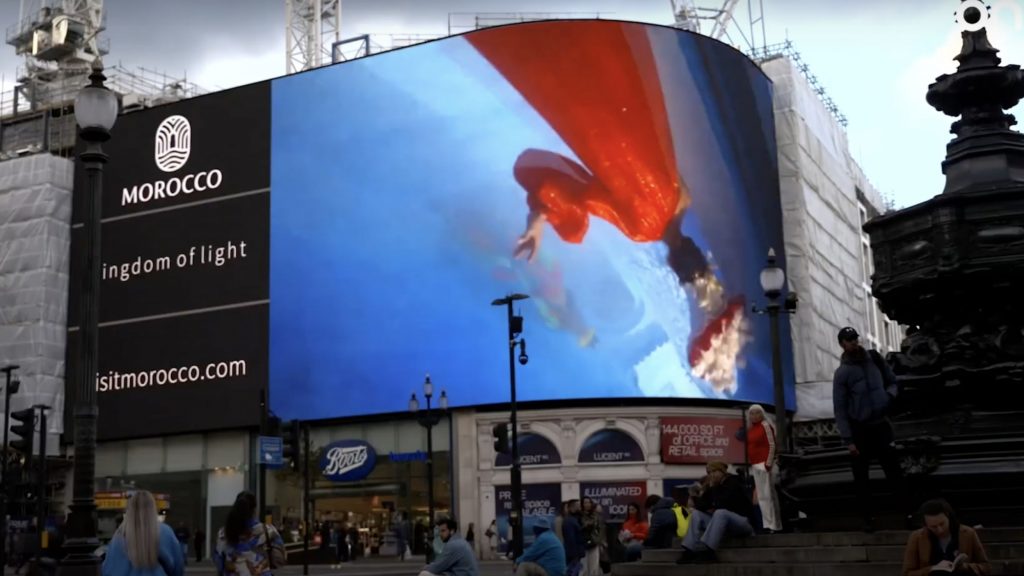 The “Terre de Lumière” campaign for Morocco is shown on a giant screen in Piccadilly Circus, London.

Booth 360. Launched by ONMT on April 22nd, the international campaign “Terre de Lumière” shines in the four corners of the world. This article is a press review of the daily Ajourdhui le Maroc.

From Time Square to Piccadilly Circus, and from Plaza Callao to the Opera, the international “Land of Light” campaign kicked off April 22nd in the world’s largest squares, it is reported. Morocco today In its version on May 2 and 3, it reported that the Moroccan National Tourism Office launched the operation in France, Spain, Germany, the United Kingdom, the United States of America, the Middle and Near East, Israel and Africa, that is, 20 countries, forming the first in history.

As part of publishing said campaign, powerful sites have been carefully selected. The result is astonishing to say the least,” ONMT supports, emphasizing that “in a video that has just been broadcast by the bureau, we see that Morocco is currently traveling on the four continents and that the images of the film “Land of Light” are broadcast in places of great influence around the world.”

The origins of this campaign for the Moroccan National Office: Morocco’s wealth, the energy that emanates from it, and the inexhaustible source of inspiration it represents, as reported by the newspaper. For the Director General of the Director General of the National Tourism Office, Adel Al-Faqir, “We are proud of this campaign that is elevating our country and the impact it is already having on our target audience in our strategic markets.” To add, “Our ambition is to make Morocco a creative and inspiring global brand, and to place it among the preferred tourist destinations for travelers around the world.”

“Through digital, television, billboards and the press, the goal is to achieve a level of visibility, visibility, coverage and maximum frequency in order to excite engagement with tourists from all over the world,” asserts ONMT. The goal is to target international tourists between the ages of 25 and 59 who are interested in art, cultural experiences, nature, rural heritage, beaches, and recreational activities.