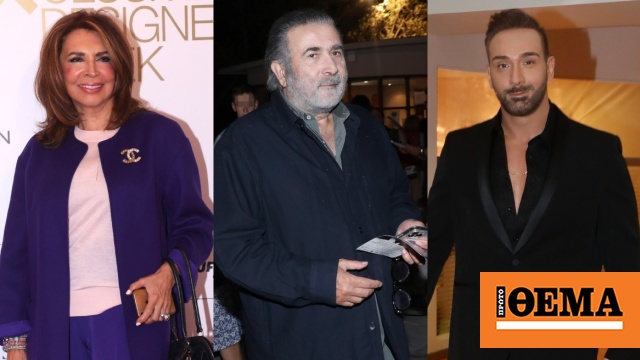 the Lakis Lazopouloslaunched his own attack Mimi DeniseWith permanent fueling against them after the actress’s recent statements about her movie “Dear SmyrnaAnd the fact that he was not unfairly included in the Oscar nominations, while also commenting on it Nikos Koukloni.

More specifically, the actor commented sarcastically on what the actress had to say about her movie:

«I made this movie and I mean I wanted to come out and say it, but she managed to say it herself that it’s for the Oscar. It’s not normal that “Dear Smyrna” didn’t attend the Oscars. She had to go to the Oscars, are we all right? Do you understand it that way? It’s weird that they didn’t get “Smell Me Baby” at the Academy Awards. I mean wait, Denise is doing SmyrnaLakis Lazopoulos initially reported on the “News Break” radio show.


Lakis Lazopoulos then added:He has a bald fantasy that he has hair, it’s within fantasies. Obliging the bald man to participate in a hairdressing competition to highlight the art of hairdressing, and to transcend the limits of imagination, the limits of absurdity and perverted self-belief. Mimi Denise has a quirky self-confidence. You can’t become a greengrocer with potatoes».

«It’s my sweet satire, did you see how nice it was to tell her? Not like before, how the train works better, we don’t talk like that anymore. I don’t want to upset her, somewhere our relationship has been restored, there is no longer any coldnesshe added.

Lakis Lazopoulos also commented on Nikos Kouklonis, saying: “How did these people become like this sitting and watching a bunch of idiots occupy it after two years of pestilence, where we lost the coordinates, where we look to relive, while we’re in ruins and you listen to Koklonis all day long. I’m going crazy. Come on my love, come on,” “You are my talents,” “my love,” “my worship.” I can no longer love, I can no longer worship.

Jokic and Sabonis “touched” the triple-doubles, the Knicks and Pistons triumph

Organ Donation “Increased” – Donors increased by 14% in one month