Significantly reduced shopping rate luxury homes Regarding the number of indicators compared to 2021, it is found in the first market report of the Greek home market Greece International Real Estate Sotheby’s.

The main findings clearly indicate that the Greek market is moving with steady steps towards the next, showing signs of clear maturity and quality characteristics found in competitive markets abroad, as it is indicated.

However, in the short term, the decrease in the percentage of contracts that eventually close after each hint indicates that in the coming months the market will balance at low levels of trading volume, which is expected to test the strength of the system.

However, according to the report, international demand remains at particularly high levels with the number of demand rising steadily over the past 12 quarters and the composition of the on-site property demand/demand index in the nine months of 2022 at 15.3% versus 13 and 2% and 12% in each period from 2021 and 2020. 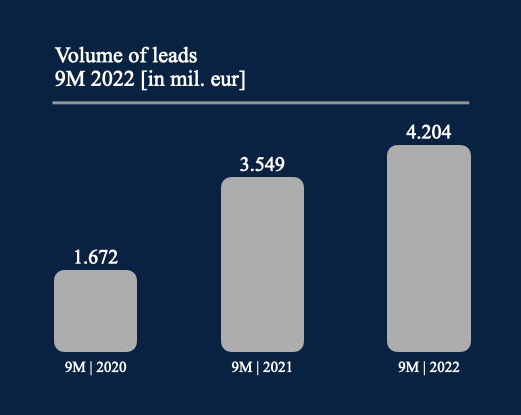 The demand has more than doubled

In terms of order volume (the total value generated by the number of order requests based on the order price per order) it has doubled in the past two years, reaching in the nine months of 2022 to €4.2 billion, compared to €1.7 billion in the corresponding period of 2020.

Read also: Real estate: the top 20 countries that invest in our country [Πίνακας]

This increase is mainly due to:

– In the systematic promotion of the Greek language Real estate luxury in the purchase category for individuals with extremely high net worth (UHNWI),

– On the behavioral patterns of UHNWIs during the pandemic period. 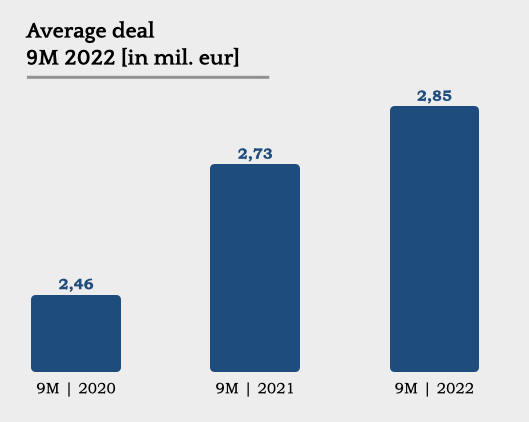 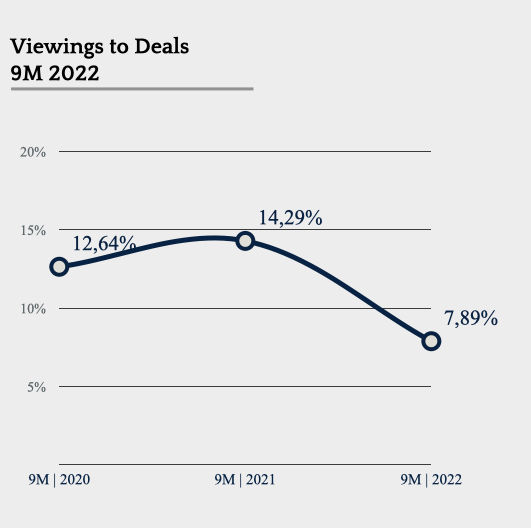 Although the final number of transactions in the nine months of 2022 remained high, there was a significant simplification of successful indicators.

More specifically, while in 2021 14.3% of indices closed with a contract, in 2022 the corresponding percentage decreased to 7.9%. This development, according to the Sotheby’s report, mainly reflects:

Sellers’ reluctance to complete transactions and put new properties on the market,

– lack of really special characteristics after a period of intense navigation,

– The reluctance of the wealthy to deal during a period of geopolitical and macroeconomic instability,

Moderate readiness of the financial system in Southern Europe to finance the relevant markets. 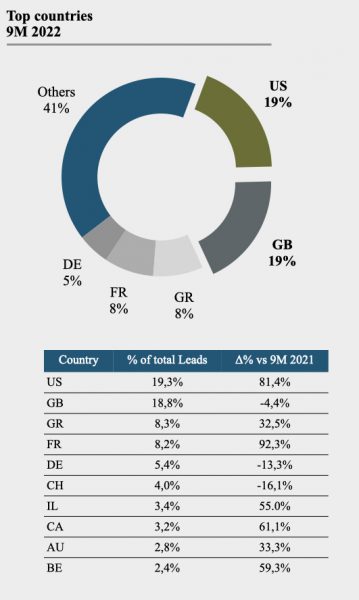 The USA and Great Britain stand out

In terms of interest from individual countries, the United States led the way with one in five orders in the first nine months of 2022 coming from that market. The United Kingdom followed and the top three positions were closed by requests from the country’s domestic audience.

It should be noted that the demand from the USA, the UK and Greece exceeds 45% of the total demand, with France, Germany, Switzerland, Israel, Canada, Australia and Belgium completing the top ten. 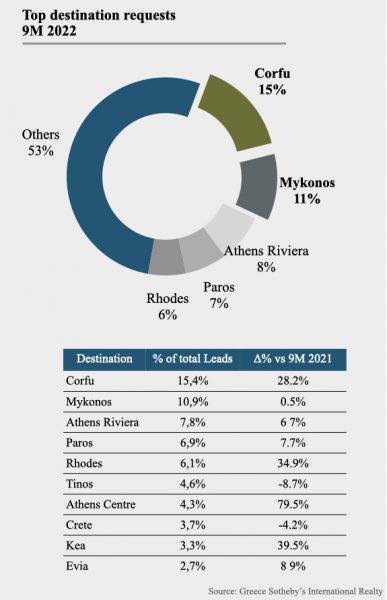 In Corfu and Mykonos ¼ to order

In terms of destinations, Corfu and Mykonos held the lead for another year, accounting for 26.3% of total demand, with the southern suburbs of Athens completing the trio and followed by Paros, Rhodes and Tinos. In any case, it is noteworthy that over a period of 5 years, the visibility of many alternative destinations throughout Greece has grown significantly. 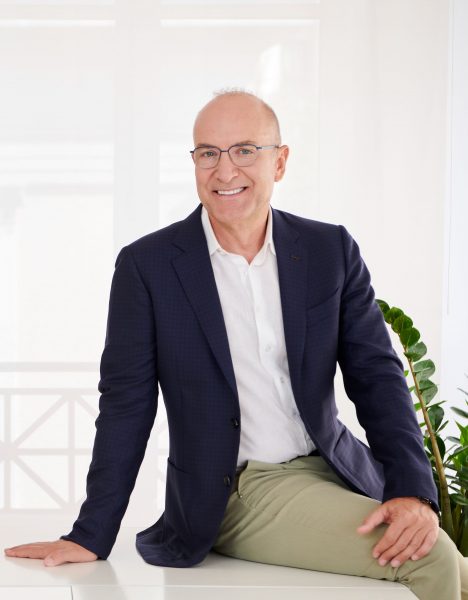 Marking the data of the first market analysis, Savvas Savadis, President and CEO of Greece’s Sotheby’s International Realty, notes: “It is a fact that in the past six months, despite historically high levels of interest in luxury real estate in Greece, a significant decrease in the identification of buyers interested in closing Real estate purchase agreements.

The prolonged uncertainty on the international geopolitical landscape coupled with concern about the duration and depth of the financial crisis seems to have affected, among other things, the climate of euphoria and positive buying mood for luxury real estate worldwide. 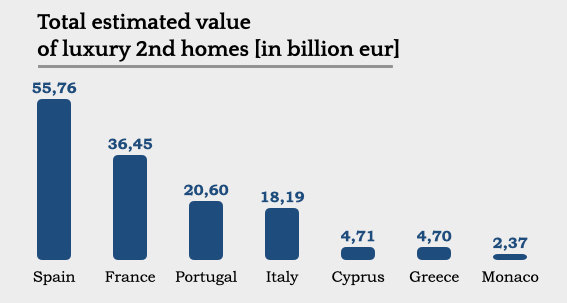 Greece, like the rest of the competitive destinations in the Mediterranean, follows the international trend. It is a new case that we are following with particular interest. We may see a correction in the prices of some properties.

With that said, we should note that analysis of data on Greece clearly highlights the long-term prospects of the Greek luxury real estate market. 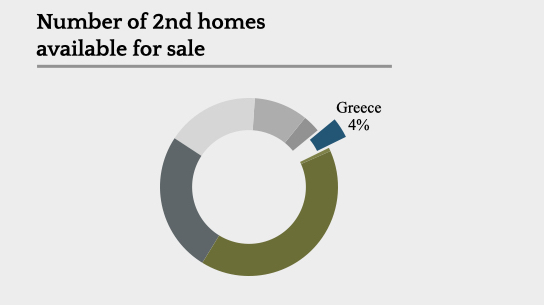 The big picture is that even after three years of ‘recovery’, Greece owns only 4% of luxury real estate in the main markets with which we compete in the Mediterranean (France, Portugal, Spain, Italy, Cyprus, Monaco).

See also  Heating allowance: Increasing the new income limits - what are the three categories of beneficiaries

The dynamic development of this rate may indicate that it will double in the coming years, especially if the country continues on the path it is already on. The prerequisites are clear: commitment to the implementation of infrastructure investment projects (ports, airports, golf courses, etc.), the rapid implementation of new premium housing developments and, of course, the improvement of the macroeconomic climate internationally.”