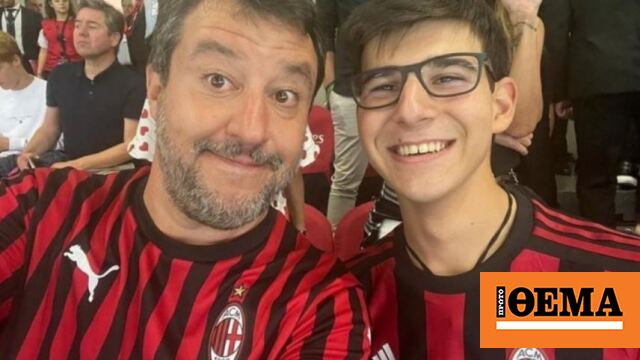 The nineteen-year-old son of the League Secretary and Minister of Infrastructure fell victim to theft. Matteo Salvini. As the Italian media reported a while ago, Federico Salvini was last Friday night in the West Milan area and was returning home to dine with his family.

Suddenly, Three young men approached him(possibly from North Africa, as La Repubblica writes) who first asked him for a cigarette and immediately after that, threatened him with a broken bottle, forcing him to hand over his mobile phone.

The three young men They ran off while the clique president’s son reached the house on foot He informed his father of the accident. The police were immediately mobilized, but any political motive was immediately ruled out.

As the Italian newspaper La Repubblica wrote, the mobile phone was returned to its rightful owner thanks to an Egyptian, the owner of a grocery store in the San Siro area, where the Milan stadium is located: he reported to the police that a customer had offered to buy him a new phone at a bargain price, and let him try it. However, the merchant realized that it might be a stolen product They immediately called for immediate action.

Romania: “Unfortunately, I drove into the tunnel, and there was no sign of it being blocked,” says the bus driver in Bucharest.

Traffic accident on Sounyo Street: “They took a shovel from us, brother,” said the 52-year-old municipal employee, who was amputated