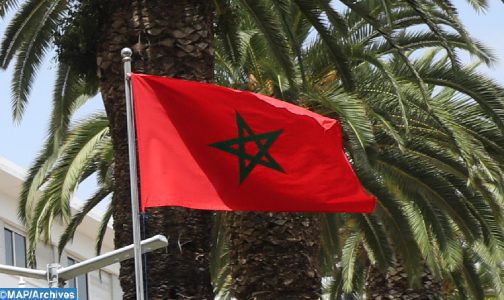 Paris – The Consulate General of Morocco in Lyon participated in the nineteenth edition of the Consular Festival of this city, which was held on Saturday and Sunday with the participation of consulates from 53 countries.

Morocco’s participation in this event, which was put under the slogan “Culture”, was marked by “promoting the richness, authenticity and diversity of culture and handicrafts. Moroccan, diverse and timeless, through a selection of items ranging from leather goods and carving on wood and copper,” the consulate said in a statement. Iron and embroidery.

For this occasion, the “La Voix du Maghreb” orchestra from Clermont-Ferrand gave a concert on the central stage, and the Lyon troupe, “The Stars of the Marrakech Deck”, marched under the colors of Morocco in the consular village, and adds – we are from the same source.

These days were also marked by highlighting “large-scale innovative projects, such as the sustainable development projects initiated by the Kingdom during the past twenty years, through a giant screen.”

For this occasion, Mr. Zouhair Djibraili, Consul General of Morocco in Lyon, spoke with Mr. Gérard Collomb, former Minister of the Interior and former Mayor of Lyon, as well as the current Mayor of this city, Gregory Dusset.

For more than twenty years, the consular festivals of the colors of the world, organized by the city of Lyon every year, have attracted more than 20,000 visitors this weekend. They celebrate the dynamism of the consular corps in the capital of Gaul, which has 66 consulates, one of the largest in France.