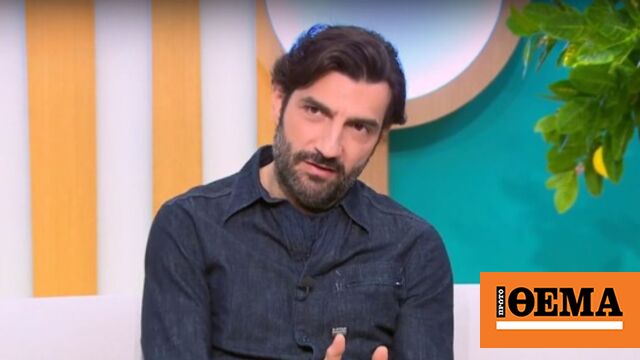 The Nikos Korres He was invited to the MEGA program “All About Our Lives” and spoke to Michalis Kefalogiannis about his diabetes and the way he deals with his health problem.

The actor also revealed that he suffers from type 1 diabetes since adolescence.

«I didn’t say it in general as I should have done and it could have been useful. It’s good if someone knows I have this problem so they know if I get something to help me, it helps. Many diabetics don’t say that because there are so many legends in Greece about diabetics, it was always hard to sayNikos Kooris said at first.

«The diabetic It is the most misunderstood type of insulin deficiency in type 1. You don’t have to be diabetic to be careful what you put into your body. I remember I couldn’t go to school for two months, I was in my third year of high school, I drank so much water I couldn’t quench my thirst, I ate too many sweets for some reason and when my sugar reached 600 and I fell into a coma. We discovered it by chance in a private clinic, they thought I had appendicitis. I don’t think it’s a disease, it’s a deficiency and needs special treatment.” The actor added.

After his statements, he noted:Autologous insulin is a small equation. It has to do with your mental state, how much you exercise, how much you eat and in what amounts. At first I went through depression, 10 years of great self-destruction. Whatever it takes, you have to pass. I’ve been through a lot of darkness, I know a lot of people who’ve been through it and they don’t seem to have it».

Apostolos Tzitzikostas: in Greece after the Turkish siege – Dendias flew him from Smyrna

Severe weather Eva: The next few hours are dangerous – see on maps where storms will strike