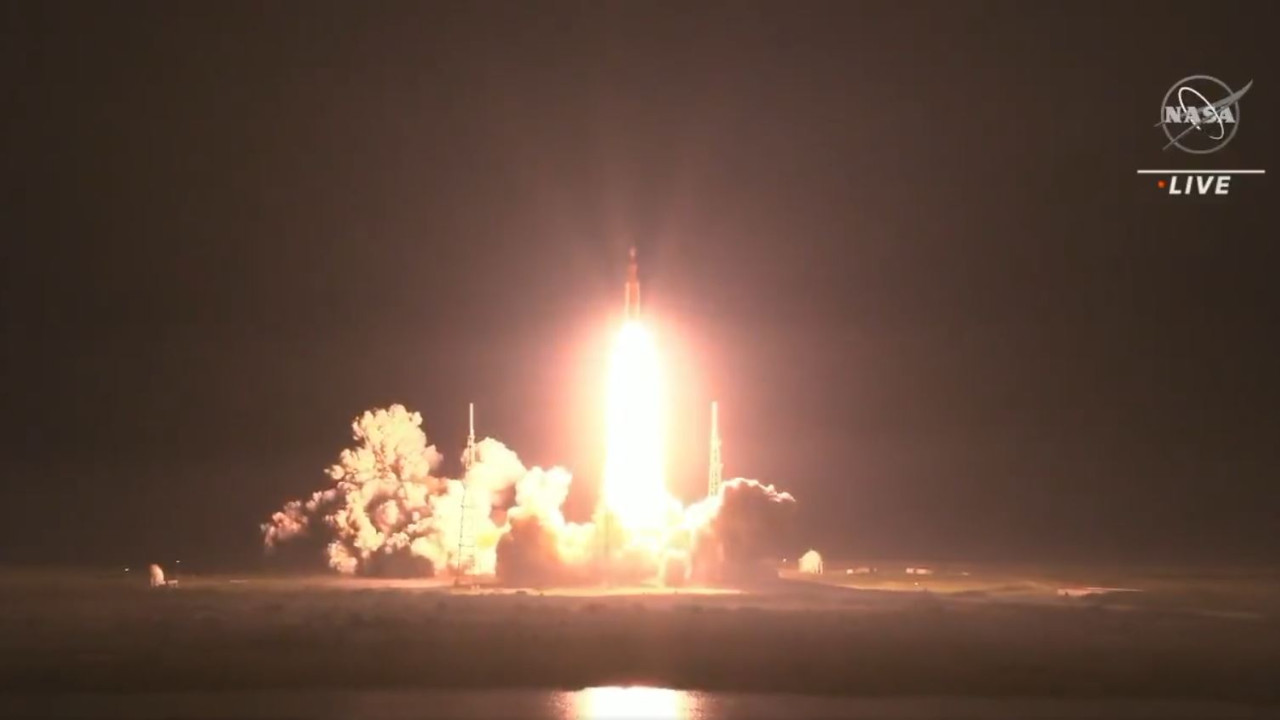 The SLS rocket will carry the Orion spacecraft beyond Earth and then travel to the Moon, orbit it for 39-42 days, and return to our planet.

NASA’s Artemis 1 mission to the Moon has successfully launched.

It is about implementing NASA’s plan for a permanent human presence on the Moon. The Artemis I test mission, launched today, is carrying three dummies into lunar orbit.

The giant new SLS rocket has lifted off after ten weeks of delays, technical hiccups and hurricanes that battered Cape Canaveral, Florida.

for the first time , @employee missile f @employee fly together. # Artemis I begin a new chapter in human exploration of the moon. pic.twitter.com/vmC64Qgft9

Returning to the moon after half a century…

Fifty years after the end of the historic “Apollo” program, the new American space program “Artemis” (Apollo’s sister in Greek mythology, which is why this name was chosen already during Trump’s presidency) has entered orbit again.

The United States is relaunching its mission to return to the moon, for the first time since 1972 when it last set foot on the moon.

The Space Launch System (SLS) rocket will carry the uncrewed Orion capsule around the Moon for a six-week test flight before returning to Earth.

The SLS with Orion is 98 meters long. The SLS, which took more than ten years to develop and build, is the world’s most powerful and sophisticated rocket, although, according to The Economist, it is an expensive government construction and a waste of taxpayer money.

See also  Is the battery constantly running out? 8 ways to better manage your mobile phone

The main subcontractors for the Artemis program are Boeing for the SLS and Lockheed Martin for the Orion capsule.

The last time such a massive rocket was launched from Kennedy Center was in 1973 when a Saturn V rocket carried the Skylab space station into orbit.

NASA’s plan is to launch the manned Artemis 2 mission around the Moon in 2024, until the end of 2025 the Artemis 3 mission will land on the Moon (carrying the first female astronaut to the Moon).

China has succeeded in landing three robotic missions to the moon in recent years and is planning its own lunar base in the 2030s, and India and Israel sent their own missions to the moon in 2019, but they failed, while a South Korean mission was on its way to orbit. around the moon. In general, there is traffic from several countries heading to the moon, and the United States has an additional competitive incentive to catch up.

NASA has turned its attention in recent decades to other planets (Mars) and large moons (Saturn and Jupiter), but now it is again interested in the Moon, including as a way station for distant space targets. Especially since in recent years it has been realized that there is enough water in frozen form on the Moon, which is important for a more permanent human existence, not only as drinking water, but also as fuel for rockets after it decomposes into oxygen and hydrogen.

The Moon or a space station in orbit around the Moon serves as a refueling station for a longer trip, for example to Mars. However, at the moment, scientists do not know exactly how much water is on the moon and how easy it is to use it in practice, since it is usually found deep in non-solar craters.