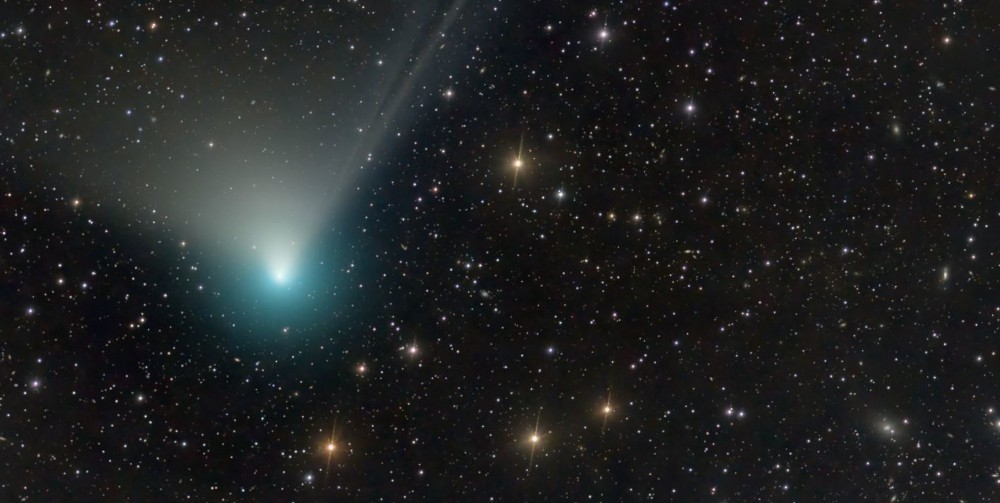 A bright green comet is about to approach Earth For the first time in 50,000 years.

NASA officials said the icy visitor was first spotted in March 2022 while in the orbit of Jupiter.

For those in the Northern Hemisphere, the comet may be visible through binoculars as a small green glow starting today.

According to scientists, the comet will be closest to Earth on February 2.

Comets are unpredictable, but if they continue their current direction of brightness, It will be easy to determineNASA posted on its blog earlier in January.

However, it is likely to be visible to the naked eye under dark skies.

The icy celestial body — named C/2022 E3 (ZTF, according to NASA) — made its closest approach to the Sun on January 12 before approaching Earth on February 2.

At this point, it will be 26 million miles from our planet, according to the Planetary Society.

Retired high school science teacher and astrophotographer Dan Bartlett took pictures of the comet from his cabin near Yosemite National Park in California. As he himself told the BBC, she is the one The scenery is an experience of a lifetime.

To observers in the Northern Hemisphere who will not have a telescope, the comet will appear as “A faint greenish smudge in the skywhile those with a telescope could see it The comet’s tail is clearly visiblereported the Planetary Society.

A bright green glow will be visible to Northern Hemisphere observers in the morning sky as the comet moves northwest through January. NASA said those in the Southern Hemisphere will be able to spot it in February.

The comet is not expected to be as stunning as comet 2020 NEOWISE – the brightest comet visible from the Northern Hemisphere since 1997, according to NASA estimates.

The comet takes about 50,000 years to orbit the sun, so “the chance to see it only comes once in a lifetime.”

The comet that has been revolving around the Earth since the time of Neanderthal man is coming back again: it will be visible to the naked eye