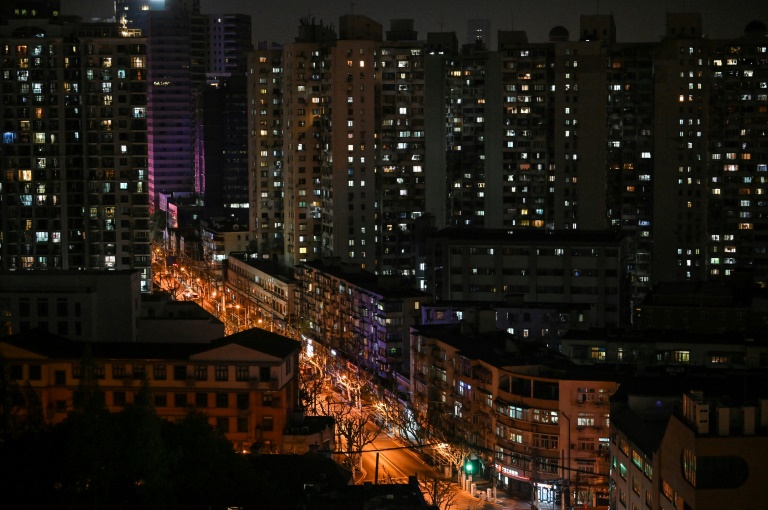 By day, the office is, at night, a temporary home: In the face of strict containment measures crippling Shanghai in the midst of the epidemic, employees in China are camping at their workplaces to continue their activity at all costs.

China’s economic capital is facing its biggest wave of Covid-19 since the start of the pandemic. To deal with this problem, authorities have confined nearly all of the population of 25 million to their homes for more than two weeks.

Shanghai’s closure was initially scheduled to last for four days and is done in two phases: first the eastern part of the city, which houses the main international airport and the giant business district with its emblematic skyscrapers.

Then, the western half with its famous historic artery of the Bund, along the Huangpu, the river that crosses Shanghai.

Feeling the tide turned, some from the first hours of confinement chose to remain at their workplace to reduce the economic impact.

This is the case of Romeo, the Chinese who prefers to use a pseudonym to testify.

At his company, “people sleep on the first and second floors, and (the rest of the time) everyone is in their position,” this finance employee told AFP.

By necessity, interactions between colleagues are necessary even after working hours, without infringing on intimacy, Romeo asserts.

Everyone puts distance and respects the distance of others […] We don’t force ourselves to talk.”

Luxury is far from the norm. On social networks, videos of factory workers sleeping on makeshift mattresses while their colleagues continue to produce were not uncommon.

It appears that the containment, initially announced as a gradual and local measure, will continue while the rest of the world learns how to live with the virus.

This measure, which severely punishes supplies, surprised many Shanghainese residents.

“I’ve never thought about my meals much and watched my consumption,” Frank Tsai, one of them, told AFP, who had only been stockpiling the food for four days, the length of confinement initially announced by authorities.

After seven days of confinement, the portions are “getting smaller and smaller” as reserves run out, as this businessman, who usually organizes conferences, confirms from his apartment.

Ms. Ma, a resident who prefers to hide her full identity, claims to have paid 400 yuan (58 euros) for a soft drink and instant noodles, as resupplies are not available in Shanghai.

In recent weeks, food prices in the city have skyrocketed, while thousands of heavy goods vehicles are stranded at the city’s gates.

Delivery apps, which are very popular in China, are struggling to keep up with demand that has spread so much, due to a shortage of delivery staff.

Shanghai, a capital in normal times on a full spree, has experienced extraordinary calm in recent weeks, broken only by announcements from authorities to stay at home, broadcast by drones and… robot dogs.

Pet owners resort to System D, in which trips are strictly prohibited even for the needs of small dogs.

“I have taught my dog ​​to do indoors. But […] “To keep both healthy, I took him out (I’m still fine) at 3 am,” said a Shanghai resident who wished to remain anonymous.

See also  War in Ukraine: Conditions yet to be met for Putin-Zelensky summit, says Moscow

The Health Department reported more than 23,000 new positive cases in the city on Tuesday. The numbers are very high for China, which is one of the last countries in the world to implement the zero Covid strategy.

In order to ensure that those who tested positive are isolated from the rest of the population, authorities have installed tens of thousands of beds in exhibition centers or prefab buildings.

Leona Cheng, a student in her 20s, was released Friday after 13 days of an “unsustainable” quarantine. “A lot of people get infected with the virus, and the infection rate is very high,” she says.