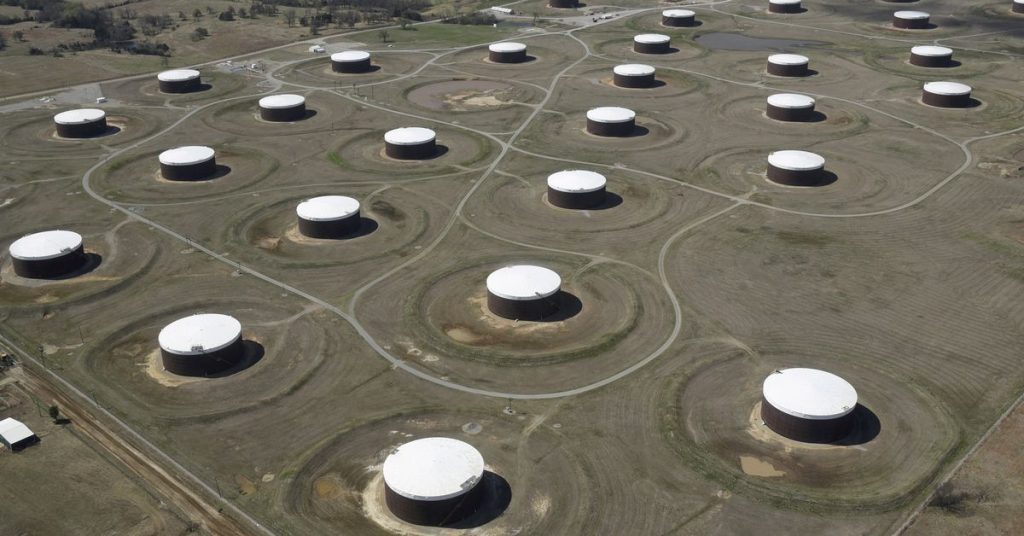 NEW YORK (Reuters) – Oil prices jumped more than $3 a barrel on Tuesday after Saudi Arabia floated the idea of ​​OPEC+ production cuts to support prices and as US crude inventories may drop.

On Monday, the Saudi Press Agency reported that the Saudi energy minister said that OPEC + had the means to deal with challenges including production cuts, citing comments made by Abdulaziz bin Salman to Bloomberg. Read more

“A lot of the momentum behind today’s strength is driven by comments out of Saudi Arabia that hint at a possible production cut in an attempt to ‘stabilize’ the market,” said Jim Ritterbusch of oil trading advisory firm Ritterbusch & Associates. “Of course, from the Saudis’ point of view, stable prices equal high prices and instability equals low prices.”

In comments reported on Monday, the Saudi minister said the paper and natural oil markets had become “separate”.

But nine OPEC sources told Reuters on Tuesday that OPEC+ production cuts may not be imminent and would coincide with Iran’s return to oil markets if Tehran concludes a nuclear deal with the West. Read more

A senior US official told Reuters on Monday that Iran has given up some of its key demands on reviving the deal. Read more

Oil rallied in 2022, approaching an all-time high of $147 in March after the Russian invasion of Ukraine, exacerbating supply concerns. Since then, fears of a global recession, rising inflation and weak demand have weighed on prices.

While the price of Brent crude futures has fallen sharply from this year’s high, the market structure and price differentials in the actual oil market still indicate tight supply.

To confirm the tight supply, the latest weekly US inventories report is expected to show a 1.5 million barrel drop in crude stocks. The first two reports for this week were released at 2030 GMT from the American Petroleum Institute.