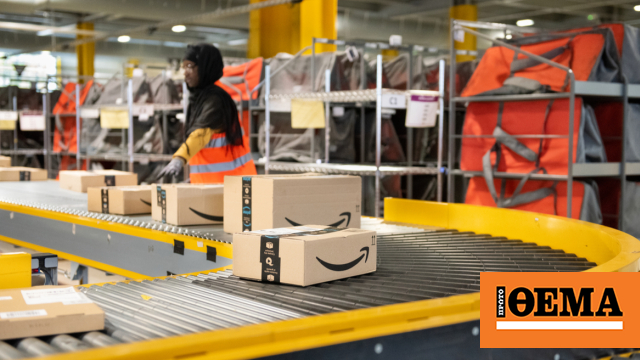 its glory. Twitter Which dead Looks like she was jealous AmazonAnd the which plans to cut about 10,000 jobs early this week, according to them New York times, carry out the largest layoffs in the company’s history.

The layoffs will focus on Amazon’s hardware division, including the Alexa voice assistant, its retail division and its human resource management division, said the people who spoke to the New York Times on condition of anonymity.

The number of layoffs remains variable. If about 10,000 remain, it will affect 3% of the company’s employees Amazon And less than 1% of its global workforce of over 1.5 million, most of whom are hourly workers.

In fact, layoffs plan, if implemented within a period christmas shopping, It shows how the global economy affects business. At the same time, this represents a shift in the policy of the company, which until recently sought to preserve jobs. Earlier this year, the online giant more than doubled its cash compensation cap for tech workers due to intense competition in the job market.

The Amazon follow in his footsteps Elon Musk This cut its workforce in half Twitter Which dead From Mark ZuckenbergAnd the which announced the layoffs of 11,000 workers, a figure equivalent to 13% of its workforce. In previous years and due to the epidemic, it was Amazon It witnessed the most profitable era as consumers flocked to online shopping. The giant doubled its workforce within two years and invested its profits to expand and experiment

But this year, the company’s growth has slowed to its lowest rate in two decades. At the same time, the cost of excessive investment has been high while changes in consumption habits and inflation have lowered sales.

There was a rebound in the third quarter, but Amazon warned investors of further weakness.

Company executives confirmed that Wall Street That cost cutting has happened in the past and could happen again. Last week, executives met with institutional investors as its stock plunged to its lowest level since the early days of the pandemic.

Meanwhile, the online sales giant in recent months has halted a number of initiatives, including Amazon Care, and a hiring freeze.

On December 18, the archbishop elections in Cyprus – the rich background

Mitsotakis: Some centers want a prime minister under pressure and a solid government – we don’t “chew”