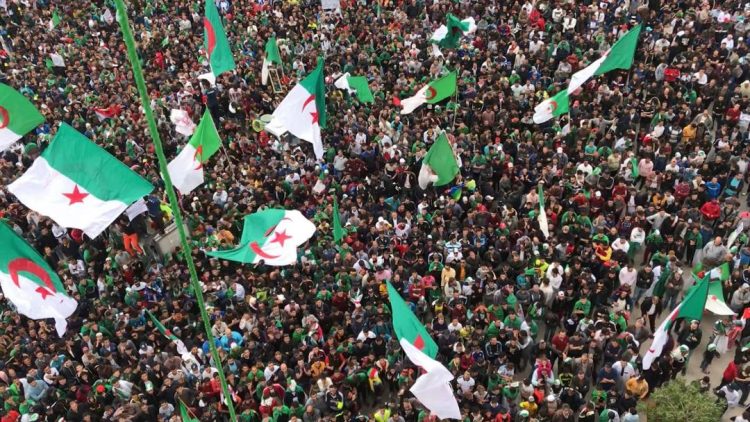 The Workers’ Party, one of the most prominent opposition formations in Algeria, denounced the situation prevailing in the country and the living conditions of Algerians, which it considers “unbearable” at all social, economic and political levels.

” Misery and hunger are spreading in our country, in particular, due to the infernal rise in the prices of consumer goods and unemployment which has increased dramatically to reach alarming levels.Louisa Hanoun, the party’s general secretary, said, quoting local media.

She also indicated that the phenomenon of illegal immigration has increased in recent weeks, with its share of tragedies.

Kind This phenomenon is more worrying than ever in the sense that it has become huge and affects all segments of society, especially the youth“.

She expressed her fears that Algeria, she says, resembles countries torn by war or those that have gone bankrupt.

→ Read also: Amnesty International is ‘concerned’ about the health of a detained activist in Algeria

She believes that No one can understand the political reasons that push the authorities to follow the current reactionary path“.

According to the party’s Secretary-General, strengthening the nation’s springs to save Algeria requires a break with the current economic and social policy, and above all urgent measures to dry up the severity of social and political distress. Initiate a broad discussion with all the living forces in society.

” The embodiment of these measures requires the release of all means, especially the media, which must produce policies capable of restoring hope to Algerians, as well as improving purchasing power and creating intensive job opportunities in order to stop the bombing. Unemployment gives a real boost to economic potential‘ asserted Mrs. Affectionate.

From this point of view, she warned against the draft investment law, which was re-examined for the second time because it is not open enough and perpetuates the continuation and deepening of the trend towards desertification that has weakened national production.

She denounced, in this context, “ A social and economic trend that leads to the complete destruction of the national social fabric and is exacerbated by indiscriminate repression and violation of democratic rights and freedoms.According to the party official, such a situation threatens to open the door to pressure, blackmail and external interference.