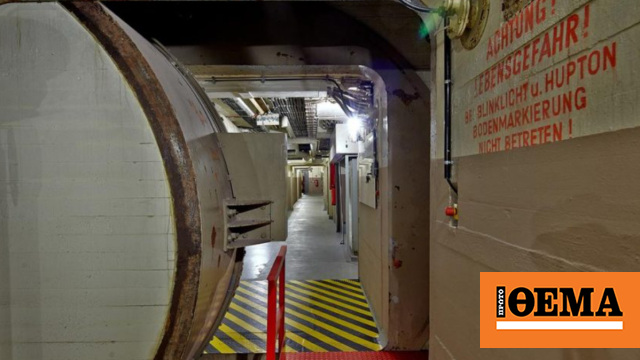 He said he had already stocked up on water in his home, as well as several boxes of canned goods, enough for ten days. He added that in addition to supplies, he needed above all a battery-powered radio and candles, as well as the most important personal documents available in case of an emergency.

The state and companies, which are largely subject to the private sector, must work more closely together, according to the head of the Federal Civil Protection Service.

For example, he said, it is necessary to protect facilities from power outages by using emergency generators. If the power supply goes out for a longer period of time, the static network will stop and so at some point one will not be able to charge the mobile phone. But before that, the telephone network as a whole may crash, because the transmitting antennas need electricity – which will no longer be available. “Then people wouldn’t be accessible anymore,” Tishler explained.

Appointment with power outages since January

We have to assume that there will be blackouts in the winter — not only because of power shortages, but also because of targeted, temporary shutdowns of grids by officials to protect them and avoid general blackouts, Tichler said. “This risk increases from January and February onwards, so we assume that from then on there will be power outages in some places for a certain period of time,” noted the head of the Civil Protection of Germany.

Some municipalities and authorities in Germany are truly exemplary in preparing for possible power outages, with careful plans and ensuring power supply with emergency generators on site. Others are in a much worse situation, they are not adequately prepared. This varies, as does the Principles.

Like I said, we expect short-term blackouts, the so-called blackouts, not long-term, large-scale blackouts. But good preparation is also important for this, he points out.

A few months ago, this awareness was very low, says Mr. Teichler, in my impression, because Germany has experienced relatively few serious crises in recent decades. Meanwhile, I’ve noticed that many people are becoming more aware of the potential dangers.

Tischler emphasized that he did not expect to see “conventional hostilities on German soil in the foreseeable future.” He noted that “even if the war is fought in neighboring countries, the lives of Germans will be directly affected.”

However, he notes that in the past there were more shelters in Germany, but even before the end of the Cold War, there were enough to protect at most 3% of the population.

“We are preparing,” Mr. Tischler noted, an expert opinion on which facilities are still useful and which can be preserved. “I don’t want to predict the outcome, but I can’t imagine that we will start a program to build shelters in Germany. It would be very expensive and construction times would be very long. Instead, we are focusing on how existing facilities can be converted into shelters. I’m talking about garages under the roof. ground, tunnels, or halls of the Underground Railroad.