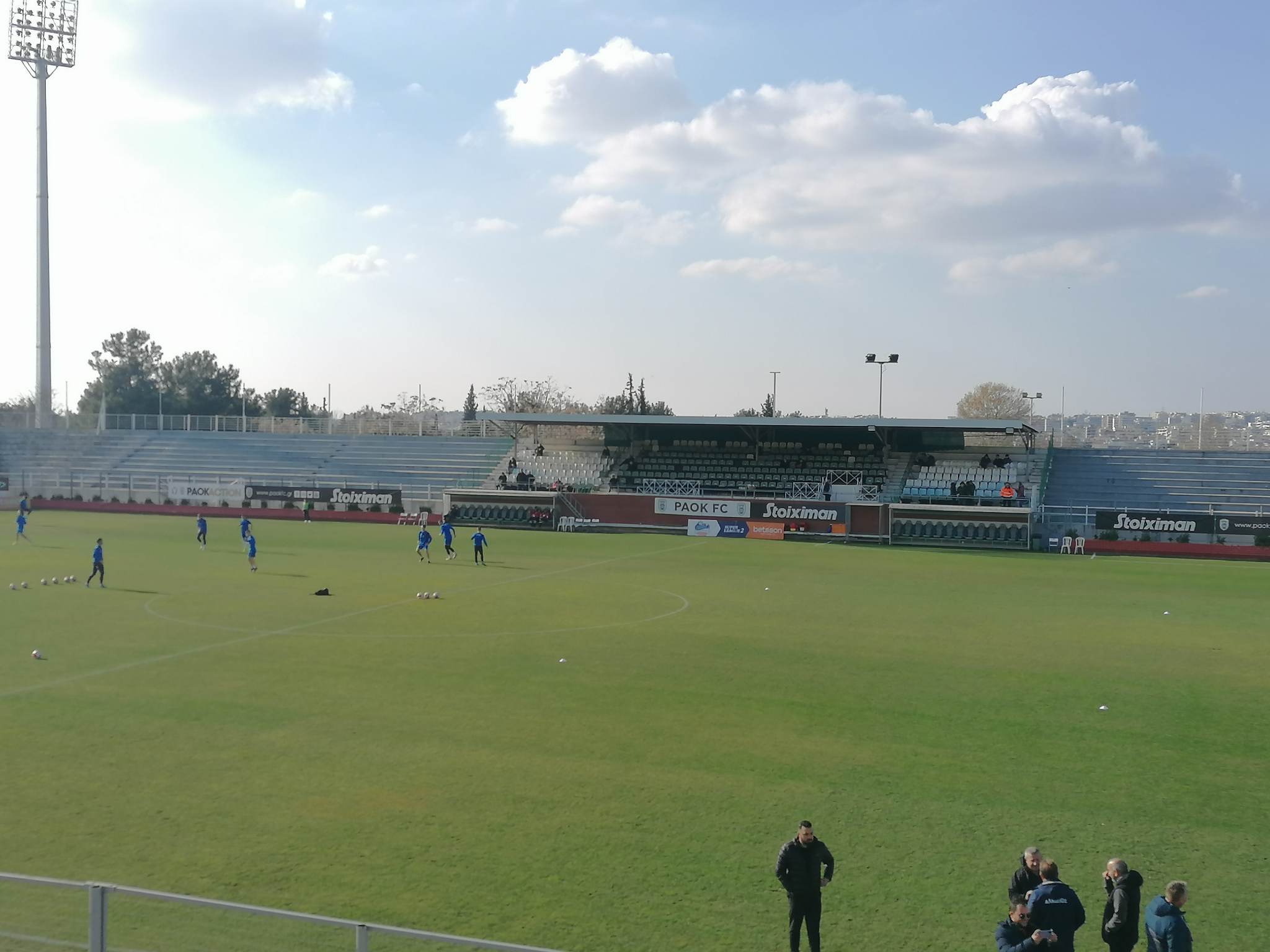 After today’s defeat, the “black and whites” are falling off the top for the first time, as Panserraikos’ team is now on 25 points.

90 + 3 Big moment for PAOK B. After a cross from Panidis, Spirakos with a drop forced Dokic to make a great save from the right corner.

77′ Soleotis reverse scissor the ball went over the Palominos crossbar.

76′ Great moment for Almobos. Ibas commits a foul with Soliotis “catching” a header and Balomones corner save.

69′ taking a corner kick for PAOK B, with the ball passing through everyone and Michaelidis not having time to become dangerous with his head.

68′ Dicephalos increased the pressure, looking for the equalizer.

67 A good moment for PAOK B, Gordeziani took a header from the height of a small area, while passing the ball over the crossbar of Almopos Aridaias.

65′ A direct free kick from Tasiura, with the visitors’ goalkeeper blocking the ball as if he was in training.

60 minutes into the game was completed in Evkarbia, with Dikephalos trailing the score and calling for a response in the remaining 30 minutes.

56′ Goal for Almobos Ardias! Papadopoulos scores with a header 0-1 after a free kick and header assisted by Pelkas.

53′ Nice was executed by Tsoporoglu from the left, he entered the area, but his shot was saved by goalkeeper Dokic.

46 start of the second half!

* PAOK B’s away game against BOT Heracles will take place on Saturday, January 21 at 1:45pm, instead of the Friday originally scheduled.

43 ′ A new stop in the match, Achlapaloglu Almobus on the ground

38′ A tense game with many mistakes and difficult duels on both sides. The guests are read right, as “black and white” seems completely boxed in.

27′ The first good moment of the match. A powerful shot by Pelkas from a wide area, with Palomino’s corner kick saved.

23′ Violent protests from the visitors bench for a penalty violation against Paraskias by Tsoporoglu. Referee Giannoukas shows a yellow card for a theatrical display of the Mopos player.

22′ The visitors took action on the pitch, but have yet to score a final effort.

17′ The hosts have no-nonsense possession and are finding it difficult enough to find spaces to break down an excellently organized Mopos defence – so far.

15′ A tough defense from Militidis on Pita in the midfield. Interruption of the match in order to receive first aid for the visiting midfielder.

11 The Execution Of Michaelides Ends At The Wall.

5′ Initiative moves by Dikefalos, in which Pablo Garcia’s players try to impose their own pace in the game, without creating any good moments yet.

14:30: Football players from both teams take agousa to the locker room!

* The common denominator between the two groups is Dimitris Popovica child of the Dicephalos academies, who competed with blacks and whites from 2009 reach and include 2016. During the seven years he was, of course, loaned out to five teams, while before that he was sold PAOK In Germany Waldhof Mannheim.

* The two teams faced each other before the start of the league in a friendly match with salty To win in the field of my pictures 1-2.

He will be the referee Anastasios Yanoukas Of the Dodecanese EPS, with assistants Maria Ditsy and the Emmanuel – Chrysovalante Kotorofrom the same link, while the fourth will be he Stefanos Dimitriadis From EPS Halkidiki and observer S Petros Tryphon From EPS Drama.

For his part, said Mr broad mobos It ranks tenth with 11 points in 10 matches, and has not lost in the last four matches (two wins and two draws).

His “blacks and whites”. Pablo Garcia They are in first place in the table with 22 points in 9 matches, which is what Panseraikos has with the same number of matches!

The match starts at 14:45 and will not be televised, but you will be able to follow its progress through PAOK24!

the The mobo is wide Welcome today b PAOK b In the Macedonian stadium, in the context of the 11th round of the Super League 2!