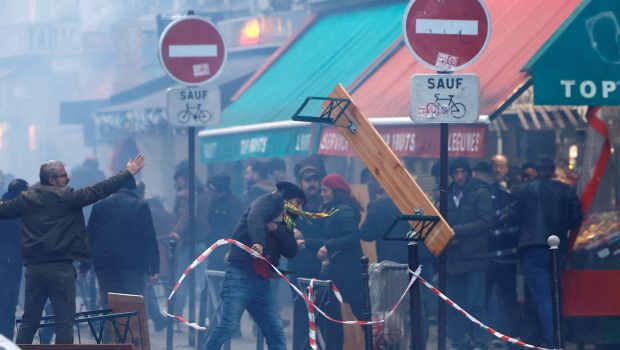 Scenes of horror unfolded in the tenth arrondissement of Paris among the Kurdish community when he was A 69-year-old man started shooting into the crowd. Three people, a woman and two men, were killed, and three others were injured, one of whom is in hospital in critical condition.

All three are dead Kurds While the 69-year-old target Kurdish Cultural Centre in the French capital. Authorities arrested the man, a retired driver, and it soon became known that he had a history of racial violence.

He was released from prison a few days ago

In particular, in December 2021, he attacked a migrant camp in Bercy Park in Paris with a sword. Then it destroyed the tents and injured two people. He was charged with racially motivated charges and returned to pretrial detention, but it is not yet clear why he was released recently.

The prosecution issued a statement invoking the attacker’s conviction in other incidents in 2016, while Interior Minister Gerald Darmanin implicitly acknowledged the racist motive behind the attack, but stressed that despite his criminal record, the 69-year-old “was not known to intelligence.” services, and has not been classified as “alt-right”.

When asked why he went free while he was carrying out other attacks against immigrants, the Home Secretary said he was an athlete who shoots and “declared that he had a lot of weapons.”

Ajit Polat, a spokesman for the Kurdish Cultural Center, told the authorities that the French authorities had failed “once again” to protect the Kurds in Paris. After the attack, angry demonstrations broke out and there was no shortage of incidents. Roadblocks were erected in the streets, while there were clashes with the police, who used chemicals extensively. According to information from the newspaper “Le Monde”, 11 police officers were injured.

After 3 national revolutionaries were killed as a result of the armed attack on the Ahmed Kaya Cultural Center in Paris, the police attacked the Kurdish and Turkish revolutionaries who took to the streets of Paris. pic.twitter.com/85nVOkZueq

For its part, the Kurdish Democratic Council called on Twitter, “to a large demonstration tomorrow, Saturday 12 noon, in Republic Square” in Paris. “We expect the French authorities to shed a lot of light on this issue,” the organization said in a press conference earlier this afternoon. CDKF lawyer David Andic called these acts “terrorist” and called on the French authorities to take this into account in the investigation.

The testimonials are shocking

Valentino Nona Enza, a restaurant owner on Enghien Street, arrived on the scene minutes after the accident and described the scene of panic to Libération: “There were injured people crawling everywhere, trying to find shelter. He said he saw” a man walking by with a hole in his leg. The man then fled to a barbershop across the street from the cultural center where two “employees” were injured.

A witness told AFP that the gunman entered the Kurdish cultural center and opened fire on him before he went to the barbershop. “I saw two people on the ground with leg injuries and I saw blood,” he added, describing “people in a state of shock and panic.” 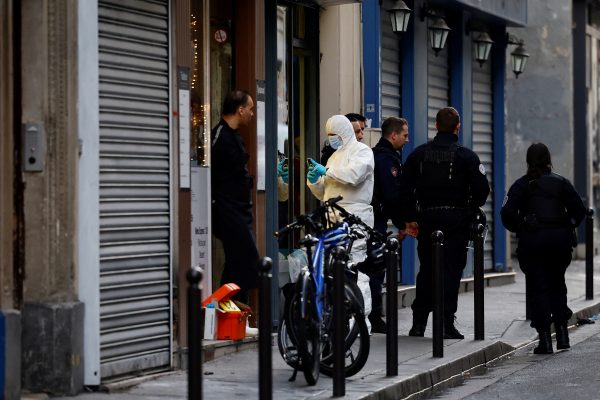 “I heard seven to eight gunshots in the street, and sheer panic, we were locked inside,” a shopkeeper from a nearby building told AFP. “A young woman was crying and a group of men were shouting at the police: ‘Where have you been? Where have you been protecting us?'”

Eyewitness Mehmet Delek told Reuters he first heard gunshots and then screams from inside the barbershop. Bystanders managed to stop the gunman while he was reloading.

Julien Verblanc, who works at a local restaurant, Chez Minna, said the staff at the Kurdish restaurant left the building in tears after the shooting.

The street near the Château d’Eau metro station has quite a few restaurants and shops, as well as the cultural center, being a very “lively” area. 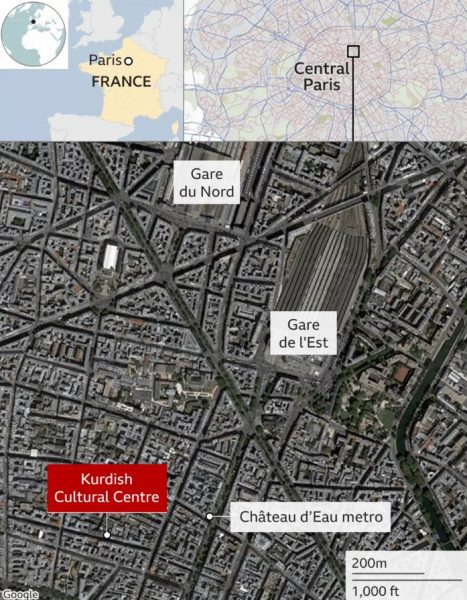 President Emmanuel Macron said in a tweet on Twitter that the Kurds of France were subjected to a heinous attack.

He added, “The Kurds of France were the target of a heinous attack in the heart of Paris.” Macron said in his message, “Our thoughts are with the victims, the people fighting for their lives, their families and loved ones.”

In a message of condolence, German Chancellor Olaf Scholz described the shooting as a “horrific act”.

Soltz said in a post on Twitter about “a shocking act that shocked Paris and France today.”

“My thoughts are with the victims and their families,” he added.

And sent messages of support from the foreign ministers of Britain and Belgium and a representative of the Ukrainian Ministry of Foreign Affairs.