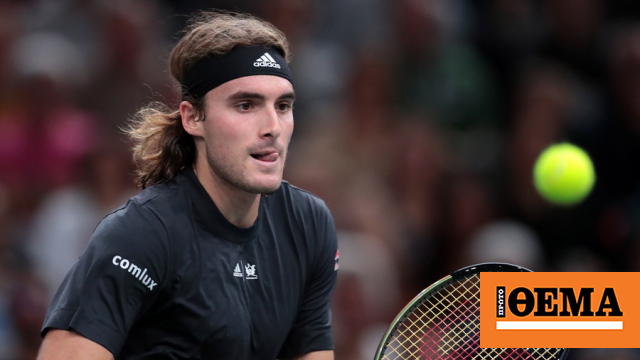 Serbian tennis player will play Sunday (16:00) With Holger Ron in the final for his 91st career title. Tsitsipas has 28 wins and 38 easy wins while Djokovic has 36-22.

Nol with a second break closed the set 6-2. In the first set, Tsitsipas had 11 unforced errors and Djokovic only one! The winners are 9 for the Serbs and 6 for the Greeks.

In the second set, the Serbian easily reached 2-1, but the Greek reached his first break point in the fifth game. He won the second half and advanced 3-2 and then defended it by sending (4-2).

Tsitsipas withstood Djokovic’s pressure in the eighth game (5-3) and reached the set point (break point) at 9. He did and closed the set at 6-3.

In the third set, Nol got a double break point in the third game but Tsitsipas erased it and made it 2-1. With his serve he made the score 3-2 and 4-2.

In the ninth game, the Serb again got a double break point, but the Greek erased it again and led 5-4. Nol tied the Love Service 6-6 and sent the set into the tiebreak. There is a loom closed with 7-6 (4).