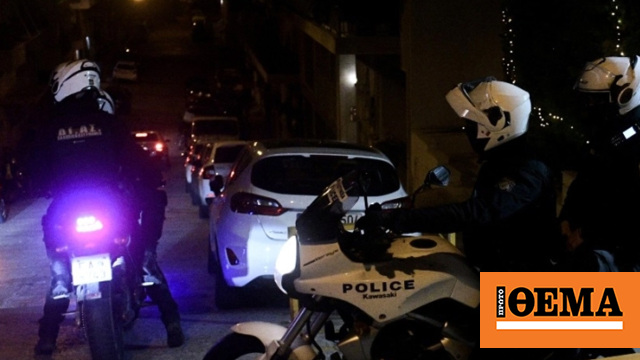 One of them has a close relationship with one of those convicted for participating in 17N Seven arrests Inside Patras As gang members, they are involved in carrying weapons robberies Bank branches, ELTA branches and supermarkets.

According to reports, it is about the son of “Stelios” Kostas Karatzolis of the terrorist organization 17N. Garattsolis, 57, was sentenced to 17 years in prison for participating in the enterprise, robbery and explosion. He was released from prison in 2010.

Members of the gang were arrested during a major police operation by the Deputy Directorate of Security, Patras, which began early on Wednesday. Six men and a woman were arrested — reportedly both of them anti-authority and general criminal law — and two others are being sought.

They are identified with the background of business Arms, Explosives, as well as four hydroponic cannabis crops. In fact, two pistols, 180 grams of explosives and detonators were found in one of the houses raided, according to reports.

Those arrested are accused of three armed robberies at banks, three at ELTA branches and one at a supermarket in Patras. According to reports, she has also been informed Anti-Terrorism.

According to the same information, the “loot” from the robberies was 19,000 euros. Among other things, wigs and fake beards used by gang members and books on terrorism were found.

Kalokritsas gave Papa’s SMS to the partners of “Syriza Channel” – Ivan, Maurice and… A2

Moschato: “She has no luck in the sun, where did she find the money?” A 47-year-old relative says