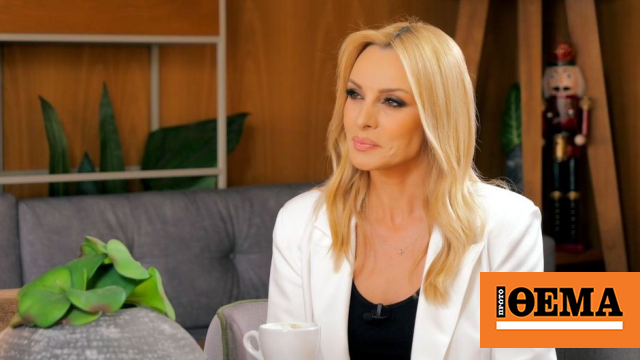 h Peggy Zina She gave an interview to the program “Moms” and Jenny Melita, where, among other things, she talked about her relationship with her husband, George LyraAnd the who have been together for the past 26 years.

About the age difference, the singer said: “My parents. It’s no coincidence that I lost my father at the age of 15 and without realizing it looked for an older partner. It’s clear he also saw a little bit of energy from his eldest daughter. That element of protection is there from the start.”

Then he referred to their acquaintance:I’ve known him since I was 15 as someone in the entertainment business, because my mom was also in the business. But we met in the sense of getting close at the age of 19 to 20. We began an intense relationship, in great love.


Then Peggy Zina said:“We met so fast and after 4-4 1/2 years he came to me and said this has gone too far, you don’t know the word claim, you don’t know the phrase ‘I know what I deserve’ so let someone else take your talent where it needs to go. When we fight, he beats me.” It: I gave my whole life for you!”

Pele: Critical Hours – “One more night together” his daughter writes – in the hospital and his son

Romania: Documentary video – Moments before the accident, the bus driver changes his lane!

“Tornado bomb” in the United States: shocking photos of 46 vehicles piled up in Ohio