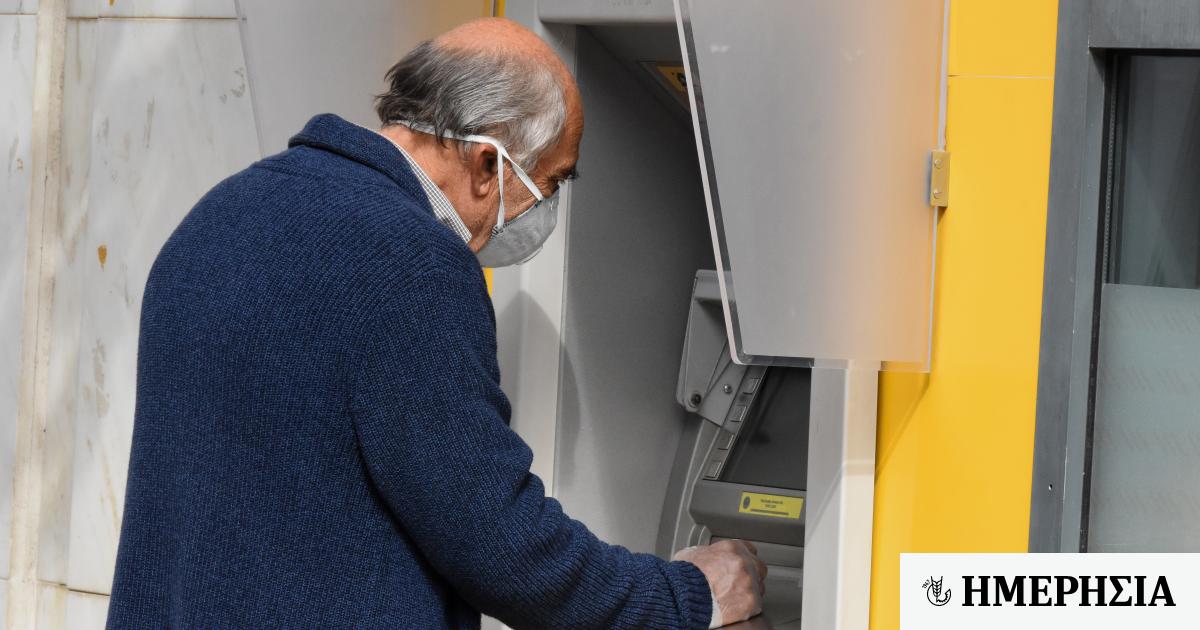 At the end of January with February annuities, The increase of 7.75% is given to 1.7 million retirees It will retroactively include the corresponding amount of the increase for the month of January.

With the Board of Directors EFKA finally decide next week, February pensions with the first increases It is likely to be submitted from Wednesday, January 25th to Friday, January 27th As follows:

7.75% increase Determined based on the data of the advisory report from the 2023 budget. Official ELSTAT data on inflation and growth rate will be released in October 2023 and if discrepancies appear, Additional increments will be credited at the end of January 2024.

The pensions that will increase by up to 7.75% are those issued until December 31, 2022, which are the main pensions due to old age, old age due to disability, disability and death. With application until November 30, 2022.

The importance of personal difference

The personal difference is basically the “key” that opens or closes the door to lift It largely determines who will receive the actual and any excess accounting.

Because even those who don’t see increases in their pensions in 2023 are eliminating or capping the personal difference amount in order to see real increases sometime in the future.

Who wouldn’t see an increase?

especially, Older pensioners with a positive personal difference of more than 60 to 70 euros It is estimated that they will not see any net increase in 2023. Among those insured, social security experts estimate, are many, with pensions close to 700 to 800 euros.

How to find your personal difference

If you haven’t saved the older 2019 newsletters listing your personal difference (positive or negative) to find You can access the e-EFKA website within the electronic services for retirees. Then, from the list of services, you’ll select “Print Principal Editor’s Monthly Newsletter.”

See also  5 unknown dashboard indicators you should not ignore

By entering the service with TAXIS codes, you will be able to print an information note containing detailed information about monthly pension payments.

In the note you will find your personal differences, your deductions, and your gross and net pension amount.

If a message appears that Your newsletter is not availableIt means that you belong to the category of retirees who have Recalculation of their pension has not been completed.

According to EFKA, the retirees involved do not exceed 100,000 (4% of retirees) and failure to complete the recalculation is not related to the 7.75% increase they normally receive.

– 7.75% increase for pensioners It will apply to both the national and the contributory part of the pension. That is, the national pension, which is currently 384 euros, will increase by 7.75% and reach 413 euros in 2023.

This process is ongoing and each new pension will be issued in this amount. If we assume that in 2023 the average GDP and inflation will be 5%, then from 2024 onwards the national pension will be €433.65 and so on.

Conversely, the wage part of the pension increases in the same way.

What benefits are included

And the Ministry of Labor mentions, in the instructions it issued in its detailed circular, the amount of increases in widows’ pensions and all kinds of benefits associated with the national pension.

No increases will be given to temporary pensions already paid and certain benefits such as EFKA’s non-institutional benefits.

Read also: EFKA pensions: what increase will those who leave in 2023 get?

With regard to death pensions of the pensioner, if the death occurred during November 2022, the start of payment of the death pension is December 1, so the latter will be increased based on the pension increase factor as already paid on 12.31.2022 .

However, if the death occurred in December 2022, the start of payment of the death pension is January 1, so the deceased’s pension will be increased at the rate of the pension increase as already paid on 31.12.2022 and then transferred, with no further increase.

From 1/1/2023 through the increase in the national pension, the minimum pension will also be increased due to the death of the insured / pensioner due to the spouse and surviving children.

And so in cases of death and pension transfer from 1/1/2023 The minimum pension will correspond to 413.76 euros out of 384 which is today

At the same time, due to the increase in the national pension, Minimum pension due to work accident or occupational disease, which as of 31.12.2022 amounted to seven hundred and sixty-eight euros (768 euros), adjusted automatically from 01.01.2023 It is eight hundred and twenty-seven euros and fifty-two minutesn (827.52 euros).

Especially for recipients of OGA’s absolute disability allowance, The allowance is equal to 50% of the pension, Hence the increases due to the increase in pensions. The minimum premium corresponds to the pension obtained with 25 years of insurance in the main insurance branch for farmers in the first insurance class (€248.28) and is not affected by the pension increase.

Absolute disability allowance for retirees from the former OGA who receive only the basic pension from the former OGA, as long as they have a lifetime disability rate of 100% equal to the amount of the Institutional Additional Allowance, which is calculated on the basis of the unskilled worker’s salary on 31.12.2011 and is therefore not affected increase in pensions.

“Sickness and invalidity allowance” is provided to civil and military employees who are entitled to a pension due to an offense caused by service clearly and indisputably, according to the degree of reduced working capacity due to the offense and calculated on the basis of the monthly basic salary.

The additional institutional allowance granted by e-EFKA does not increase with the factor of pension increase, since it is based on the daily wage of an unskilled worker, as it was formed on December 31, 2011.

The increase of 7.75% from 01.01.2023 is calculated on the full amount of the pension and The amount paid, due to the employment of the pensioner, is adjusted on the basis of a reduction rate of 30% provided for in the law.

Death pensions after the first three years of payment increase like other pensions, taking into account the increase in the minimum pension.

We remind you of that

Non-reconciliation of pension advance amounts already paid on 31.12.2022 From the amount of temporary pension and advance pension.

It goes without saying that during the granting of the final pension, as long as it falls within the scope of the pension adjustment mechanism, the relevant increases will be applied from 01.01.2023. With regard to the payment of pension amounts retroactively during the final judgment, it should be noted that if the payment began before 01.01.2023, the pension is awarded with the amount of the advance increase and is paid retroactively based on this amount until 12.31. 2022, while retroactive annuities related to pensions are paid from January 2023 onwards in the amount generated by the increase in pensions.

Although policyholders who will retire in 2023 incorrectly worried that they would not receive raises, the reality is different.

New retirees, like pensioners, will receive a 7.75% increase in their national pension.

However, they will also see an increase, even larger, in their compensatory pension through a different mechanism. We remind you that the compensatory part of the pension is calculated on the basis of pensionable income, which is adjusted for inflation up to the year preceding retirement. In this case in 2023 earnings subject to pension will double and increase with 2022 inflation (9.9%).

For example, a pensioner who has been insured for 40 years with a pension earnings of 1,200 euros is entitled to a national pension of 384 euros and a compensatory pension of 600, for a total of 984 euros.

In 2023, with an increase of 7.75%, the national pension will rise to 413 euros. With the readjustment of pensionable income to 1,308 euros in 2023, the compensatory pension will amount to 659 euros, for a total of 1,072 euros. On the other hand, the current retiree with the increase will receive a compensatory pension of 646.5 euros and a total of 1059.5 euros. The difference is small, but recent retirees certainly don’t lose out.

We remind you that with January pensions, 916,644 retirees have already seen an increase in payments due to the abolition of the solidarity tax withholding. An increase in their pensions was also seen by 231,655 retirees through the fourth annual increase due to the change in replacement rates based on Vroutsis law, while some assistance in their income was seen by 1,206,624 retirees through the extraordinary financial assistance of 250 euro.