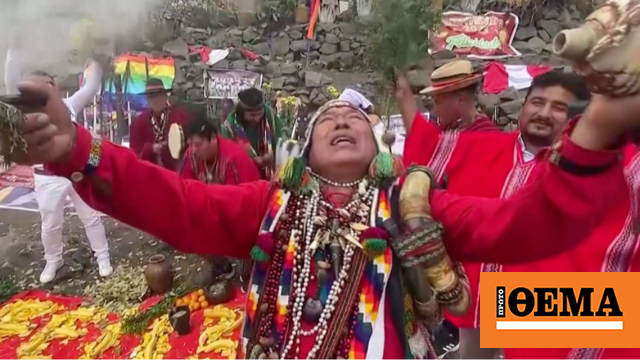 its end The war between Russia and Ukraine It looms, within the year 2023, if one believes the prediction they made today Peru A shaman in a traditional ceremony on a hill in Lima, before the New Year.

The shamans, dressed in traditional Andean clothing, welcomed the new year with a purification ceremony, which included flowers, incense, a serpent, and images of the presidents of Ukraine and Russia.

“The situation will defuse. Peace and quiet will come. This is what we saw,” said the shaman Cleof Centano, predicting in particular the signing of a peace agreement between Kyiv and Moscow by the end of August.

Ukraine’s Zelensky, Russia’s Putin, along with footballer Pele and others, stare in the predictions of Peruvian shamans at New Year’s rituals. pic.twitter.com/JonFQrgDg9

The Russian invasion of Ukraine is now in its tenth month, claiming tens of thousands of lives and causing untold destruction.

The shamans of Peru also predicted natural disasters in the coming year. “Next year there will be an earthquake, but not in the capital of Peru, somewhere else. It’s mainly abroad, in the northern part of America, perhaps in the United States … There will be many tragedies, especially climatic ones, ”said Walter Alarcón.

Blizzard in the United States: looting in closed stores and thousands of canceled flights


Mitsotakis in Crete and Ecology in Athens hold up well


Weather: Sunshine and a slight drop in temperatures today – rain is expected