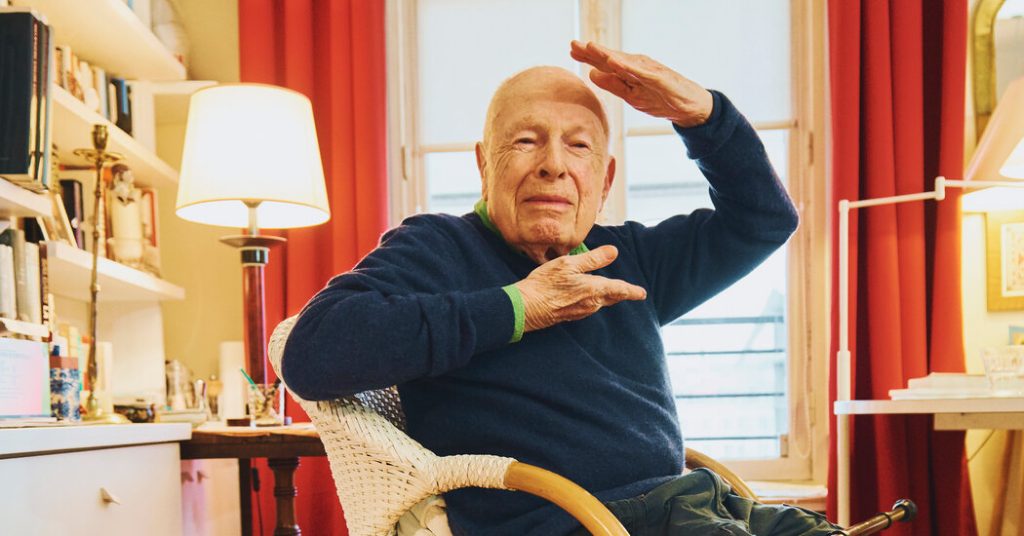 Peter, the younger of their two sons, went to private schools, where he was bullied and unhappy. He earned a place at Oxford University at the age of 16.

At the age of seven, Peter staged a four-hour version of “Hamlet” for his parents in a game theater, advertising the play as “B. Brooke and W. Shakespeare” and spoke all the roles himself. But he rarely went to the theater as a boy, believing it to be “a bleak and dying introduction to cinema,” he later said, and aspiring to become a film director. He was close to being expelled from Oxford after neglecting his studies at the University Film Society, which he had founded in 1943.

After graduation, he worked for a company specializing in the commercial advertising industry. But his business ended in disgrace after he launched an advertisement for a washing powder in the style of “Citizen Kane”.

His university performance of Marlowe’s “Doctor Faustus”, performed in a small theater in London, raised £17 for the Aid Fund for Russia. And in 1945 he directed Cocteau’s The Infernal Machine, and Rudolph Besser’s The Barrettes of Wimpool Street, also on the fringes of London.

This brought an invitation to Mr. Brooke to tour a production of George Bernard Shaw “Pygmalion” for the British Army, and caught the attention of Mr. Jackson, who founded and directed the prestigious Birmingham Repertory Theatre. There, Mr. Brooke successfully directed “Man and Superman” by Shaw and “King John” by Shakespeare. It also formed a professional association with Paul Scofield, who had leading roles in both theaters. When Mr. Jackson took over the Stratford Summer Festival in 1946, he brought the two men with him.

When he was twelve years old, Mr. Brooke fell in love with the heroine of “War and Peace” and decided to marry a woman named Natasha. “So it happened,” he wrote In his memoirs “Threads of Time” (1998). He married actress Natasha Barry in 1951. In addition to their son, Simone, a documentary filmmaker, they had a daughter, Irina, a theater director.