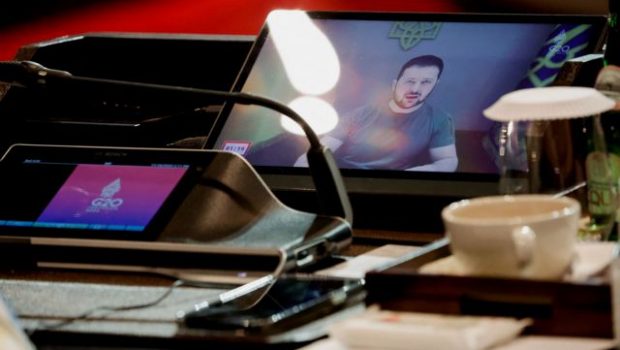 Last night was stormy, after all Missile strikes on Polish territory near the border with Ukraineat the political level.

Communications between leaders and officials were continuous And full of tension, in order to be able to calm the reactions of both the Polish side and the Ukrainian side it He was quick to blame Russia.

As Corriere della Sera writes, the discussions took place in Bali where they took place An emergency meeting of the leaders of the Group of Sevenbut also in Washington, Warsaw and Kiev.

The task of the commanders became more difficult, since there was no clear information about the source of the strike, at a time when Volodymyr Zelensky was calling for NATO intervention against Russia.

The missile strike in Poland “is nothing more than a message from Russia to the G20 summit,” assessed the Ukrainian president, speaking via videoconference to the leaders of the “G20” meeting in Bali, Indonesia.

Apparently, the tension subsided hours later, following the US President Joe Biden – Departure from Bali, – he recalled the first conclusions of the strike investigation. It does not appear that the missile was fired by the Russians. “We will see what the reconstruction of NATO experts will be,” Biden said.

At the same time, US officials are insisting on demanding that the Western bloc “restrain” Putin in order to avoid a scenario of a further escalation of tension in the region or even worse towards a world war.

“There is no indication that the attack on Poland was a deliberate act on the part of Russia,” said the Secretary-General of NATO after a meeting of permanent representatives of NATO. Jens Stoltenbergrepeating that the missile strike in Poland was carried out by a Ukrainian anti-aircraft missile.

See also  Britain: An epidemic of hunger in the country's schools - even students eat erasers until you fill them up - Newsbomb - News

“But let me be clear: this was not Ukraine’s fault, Russia has a responsibility to continue the war against Ukraine,” Mr. Stoltenberg stressed during a news conference.

Although Volodymyr Zelensky was quick to support Russia’s involvement in yesterday’s strike in Poland, the facts belied him.

“The missile that hit Poland was fired by Ukrainian forces to intercept the Russian missile,” three US officials told The Associated Press, citing the preliminary investigation.

And on the same wavelength, the Russian Ministry of Defense stated, “Photos published on the evening of November 15 in Poland show debris that, according to Russian defense industry experts, belonged to the S-300 of the Ukrainian Air Force.”

At the same time, Polish President Andrzej Duda He claimed it was an “isolated” incident., wanting to belittle the truth. “Nothing indicates that more (including similar incidents) will follow,” the Polish president added.

“The West is approaching world war”

For its part, Moscow initially rejected accusations that it was behind the missile strike, accusing the West of trying to spark a war between Russia and NATO.

Former President Dmitry Medvedev said that the missile strike on Polish soil shows that the West is approaching another world war.

“The incident of the Ukrainian ‘missile strike’ on a Polish farm proves only one thing: by waging a mixed war against Russia, the West is approaching a world war,” he said in a Twitter message.