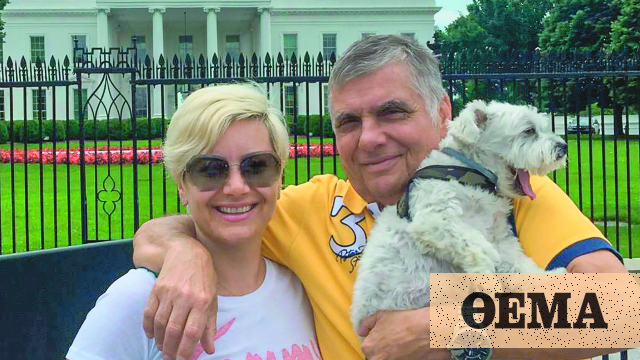 His two sons (Yiannis and Fredy) and his wife were summoned to appear at the Amarousi Magistrate’s Court this morning. Giorgos Dragas, Maria KarrasTo get her cargo Legacy of the journalist He passed away last December.

Only O was seen in the courtroom Yannis Dragas He also accepted his father’s estate, he avoided making any statement to the press about his brother and his relationship with Maria Carra. On his part, Mr Freddy Dragas The disinheritant was represented by his lawyer Themis Sophos, who made statements to television crews. “Freddy disappeared and was never heard of.”

According to ANT1, h Maria Carra, His lawyer Mr. argued by Theodoros Mantas, while the experts have been reappointed.

“After disclaiming his father’s property with all legal forms in the Hellenic Republic and the Principality of Monaco, Freddie has now disclaimed all property, wherever it may have come from, and we informed the court of that as well. Resignation and acceptance are two legal acts. There is an advantage in acceptance, the advantage of goods, which the heir has in his personal possession. It helps to invite any creditors to be satisfied from the inherited property without being involved in the property. However, it worries the heirs who accept this. We have declared a universal disclaimer, Freddie has departed, and everything that was, is and will be goes to the heirs of that year. Freddie is happy and pleased to receive anything from his father. “ Mr Sophos said in his statement.