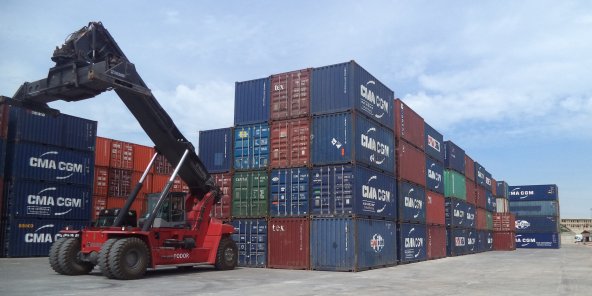 The new dry port of Risano Garcia (Mozambique) is supposed to ease the transit of the EN4 route linking the two countries with approximately 7,500 large tankers using it per month.

The infrastructure extends for more than 98 kilometers from the city of Maputo to the border with South Africa. Although it has not yet opened, the new dry port will have to reduce the journey of trucks transporting metals, particularly chromium iron, between the two countries.

Accessed by rail, the new port is the result of a partnership between CFM, the Mozambican authority responsible for ports and the railway network, and South African company The Logistics Group (TLG).

It has a storage capacity of about 250,000 tons of chromium iron ore, and its construction requires investments of $3.5 million, according to Mozambique.

The platform is an integrated logistics area. Provides outbound port services such as customs for goods in transit, immigration services (drivers), etc. In addition to the function of the modular transportation of roads and railways, the dry port will contribute to improving road safety and reducing pollution associated with unloading vehicles in nature.