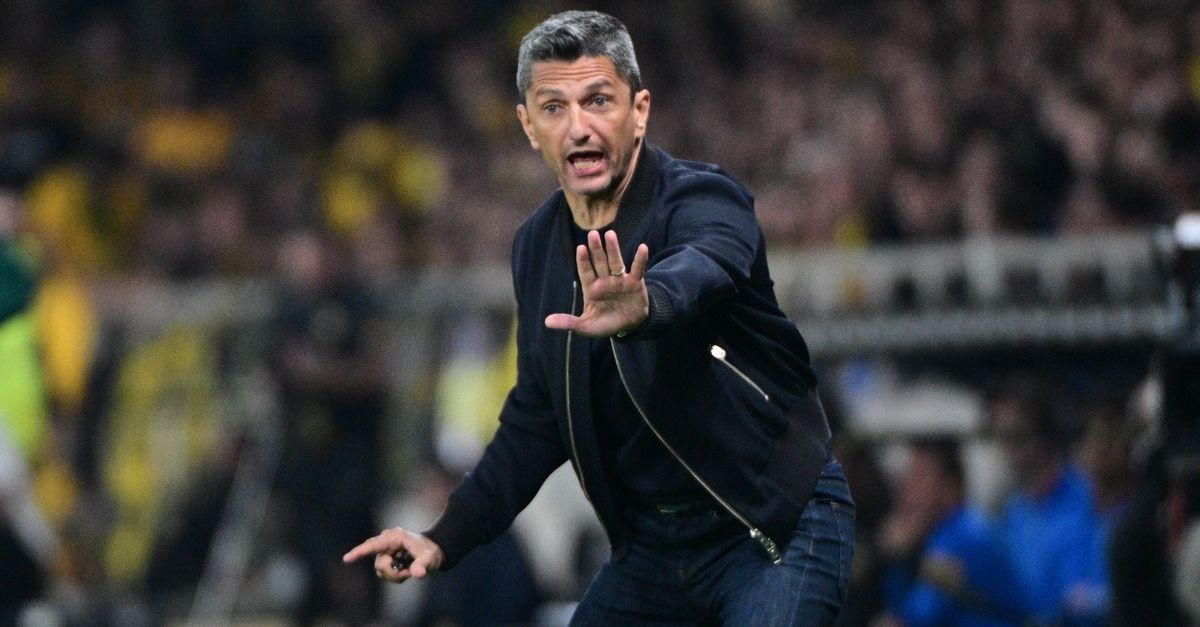 The only argument and way for Razvan Lucescu in this year’s PAOK. Charlie writes about the work of Roman, which is subject to severe criticism from all sides.

The curse of his defeat and his appearance BAOK In OPAP ARENA, as it usually happens, sign the coach, or else Razvan Lucescu.

The truth is that it is difficult to pay 1.5 million euros for a coach in Greece and to see the team that has been champions in recent years in fifth place and 14 points from first place when we are only in the tenth round.

Lucescu is being beaten from everywhere

At the moment, the Romanian technician is under attack from everywhere. He receives harsh criticism from journalists, most of whom hate his behavior and the controversial statements he makes frequently against all groups.

Lucescu is not well liked by Olympiacos’ friends, AEK Panathinaikos and now that his team is doing well, he is an easy target for PAOK fans as well. He got to the point where he entered the field earlier and walked around the field, participating as if he had committed a crime. An event that has been compared to the behavior of Vitor Pereira, who made gestures down the avenue and pulled nets and wires.

The increase brought errors, but was there a healthier approach to football?

He was regularly judged very harshly, for he dared to put his players in the process of building a traditional game from the bottom against the pressure of AEK.

His players already had trouble under the pressure of AEK and made mistakes in their initial development efforts. But is there anyone who thinks that with the eleven sent by BAOK, their fates were different, if they went with a different logic?

That is, in the scenario in which Kolerakis and Kotarski were ordered to chase the ball, make long passes and not try to break the pressure, and Dandas played with his back, as was successfully done in Karaiskakis, PAOK would get the result;

Was he going to beat Gacinovic-Garcia AEK in the wings, with Lucescu cutting Rafa Suarez and Sastre? Will it strike its four defences, with three attackers from Costantilla and Nari, ten Augusto and at the top of Oliveira’s attack?

Keep in mind that Lucescu is a coach and he has something to teach him. If he doesn’t ask to get into a low build game, and play the Dandas card, he’ll have to find another weapon. I wonder if there’s another weapon the Bauke could use, aside from the quality of the Danda. If only there was another football plan Lucescu could use, based on the roster he brought to the field.

A plan capable of leading PAOK to a conclusion against this AEK, I personally believe it did not exist.

Could he play in space, with Oliveira in front and Augusto behind?

You easily see what happened and ask for something different. And also easily based on what happened, you conclude that what we saw was wrong.

But I wonder which one is correct. Would it be a correct choice with Oliveira who plays permanently at the back, without a midfielder, but with Augusto who is the maximum position “8” and plays in “10” and on the left, the inexperienced Costantilla, to go into the space playing with the big balls? If you don’t have strikers, that PAOK doesn’t have, that are able to play in space, how are you going to ask your team to play with long transfers?

With what little I know about football, if you do, you ensure the opposition wins permanently with possessions and rebuilds the attacks from scratch.

Someone might say and they would be right, it’s better to play with long passes and lose possession at the height of the cross than in your area, as it happened on two occasions in the first half and from the second came AEK. the first goal. But even in the first case, no one guarantees you that you will get a result.

Lucescu somehow has to justify his salary

So the question is what we ask the coach. Razvan Lucescu Since he doesn’t have a roster for a championship, how exactly should he do? Should football players know against football if they get a result by chance?

But this logic is short-sighted and does not lead to anything. After all, as a highly paid coach, he must find an argument to justify his salary, the fact that it is the highest paid in Greek football.

A tournament he wouldn’t claim, he wasn’t given the right roster to achieve, only some talented players and most of them in central defensive positions. If he went to the logic of giving the ball to the opponent and playing the drums, he would be unfit for this job, because he would have nothing to teach these kids.

Kotarski, Kolerakis, Tsusis, Liratzis, Dandas, Costantilias and the rest of the young players PAOK has on his roster won’t get the slightest bit of coexistence with him and the club will stay away from the championship anyway.

In a year when you can’t claim titles, you have to try to play something. Lucescu knows possession of slow football with lots of passes, he has Dadas as a weapon on his roster working the building from below which if you learn it well at some point you can break the pressure and turn your opponent’s weapon into a disadvantage.

The positions of the three midfielders

He also wants Kortic to be in the 11, who can give him goals, which he can’t get from the front position, because he doesn’t have a striker to give him the easy goal and go to the next logic.

He built PAOK to learn to play with low-level attacks, uses Dandas in the “6” to be the first to get the ball in development and Augusto is high to cover runs that Kurtic doesn’t have. Another coach will either put Kortic higher or Dadas and bring down Augusto.

Lucescu has wanted since last year the Brazilian midfielder, who has more developed defensive qualities, to tie his team behind the striker. Sometimes it works and sometimes it doesn’t. The argument that it would be better for PAOK’s midfield chemistry for the three midfielders to have different roles than theirs so far is probably true.

They will live with their mistakes

But Lucescu cannot come under heavy criticism for trying to break the pressure through low-key overtime, a slow striker or because his 19-year-old goalkeeper made mistakes. At PAOK, they decided to bring in a young goalkeeper, a young stopper, a young back and 6 players, so that they could live with their mistakes, but they would have to work on something concrete.

The football that brought the double against troubled Olympiakos even in favor of the opponent’s individual fouls is the same football that was comfortably defeated by AEK this year.

Not to get crazy, Lucescu hasn’t come to PAOK now. He has proven many times that if you give him a good list, he can beat AEK. For many years he had a better team and won and now when he was given a clearly inferior team he lost, things are simple and it is not possible when you have a clearly low roster the coach is responsible for the result.

Not a popular article

He cannot suddenly be judged incapable of running such a game. He has no friends at this time. I know the article is unpopular. Olympiacos, Lycazid and Panathinaikos do not like him, because he beat them so many times, and whenever he lost he was really polemical, he was not interested in establishing public relations with them.

The friends and journalists closest to PAOK cannot accept that for the eleven they sent, for the roster they have, it is no surprise that they lost 2-0 to AEK, but beat Olympiacos this one. For this list, fourth place is the maximum, and if it is occupied in the end, then it will be successful.

There is also a large percentage who would like Garcia back to the PAOK seat. He sees Lucescu as a coach and not a magician and he can influence the team to some extent and they don’t judge him realistically. There is also the logic here that if I am going to finish fifth, let me be happy to see my beloved Pablo on the bench.

But Lucescu is not to blame, just as he is not responsible for the fact that this list cannot make PAOK higher than fourth. The Romanian coach is to blame and pays for not protecting his profile and being sure of having good relations with the other big teams in Athens, and it is difficult in our country to take advantage of another big team in return for the successes he had with PAOK. .