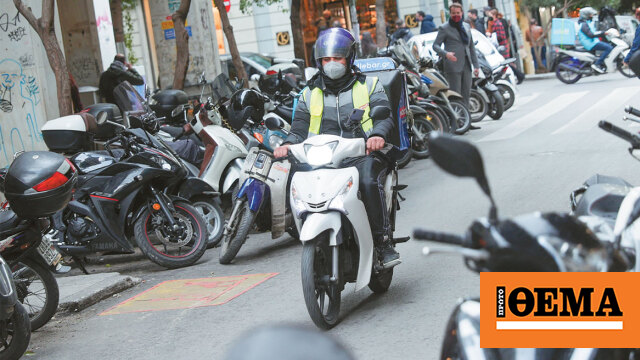 The Robbery in weight Employee Where Being shot or stabbedconstitutes an occupational accident and gives rise to the victim’s right to compensation, According to the Supreme Court. Areophagites protect workers in gas stations, bars, deliveries, etc., who usually work in the evening hours when they are injured by robbers and thugs who use revolvers, knives, etc.

The Areopagites considered that all occurrences of these injuries constitute a work accident and the right to demand monetary satisfaction (compensation) from the employer for moral damage.

In particular, employers were judged to be grossly negligent in requiring them to take appropriate safety measures at workplaces. According to the decision, “An employer owes a duty of welfare to his employee and must regulate matters related to employment to protect the life and health of the employee. Health damage caused by an accident at work includes any mental or spiritual disorder of the employee resulting from it”.

Supreme Court embroiled in school cleaner case While cleaning the school premises in the evening, he was attacked (attempted murder) by an unidentified person aged about 25 years, stabbing various parts of his body.

Specifically, in September 2012, a nine-month written contract was drawn up between a 35-year-old cleaner, divorced mother of two minor children, and the NPDD Integrated School Committee for Secondary Education in the Municipality of Neapolis, Thessaloniki. . Daily cleaning (sweeping, mopping, dusting) of classrooms, laboratories and all common areas of the school premises is assigned to the contractor from Monday to Friday. After school work, clean-up will begin after the total salary for the 2012-2013 school term has been set at €5,017.

One evening in March, around 9.45pm, the worker was cleaning the IT lab in the basement when she became aware of her presence. The unknown man behind herAbout 25 years old, who Without anger he hit her hard». The Areopagite conclusion continues: “When she raised her hand to defend herself, she received First hit with a knife and the stranger, after turning her on her back, pursued her with the knife. Trying to escape, she entered the IT room where the cleaner was, but collapsed on the floor at the entrance to the room, defending herself. She was stabbed in the left knee with another knife. When he started shouting, the unknown person ran away.

The critically injured woman was taken to AHEPA Emergency Hospital and “immediately transported to the operating theater and underwent a left exploratory thoracotomy, where bleeding from the chest wall was detected, which was effectively treated.”

According to the forensic report, the unfortunate woman “suffered multiple stab and slash injuries on her chest and pelvis, ie stab and slash injuries” on 7 parts of her body. Additionally, however, according to the hospital’s psychiatric report, she “suffered from post-traumatic stress disorder” and was prescribed medication. He was hospitalized for 7 days and then received continuous sick leave and disability allowance from IKA.

According to the Labor Division of the Supreme CourtThe worker’s injury “occurred during the attempted murder against him, an act classified by the Thessaloniki First Instance Prosecutor’s Office (however, the identity of the perpetrator was not identified in the preliminary investigation), as an occupational accident. The law firm to pay based on common experience and logic – Related to the gross negligence of natural persons who do not exercise the necessary due diligence through the objective judgment they owe as prudent and conscientious bodies of the employer. Matters in order to avoid an illegal conclusion”.

It is gross negligence on the employer’s part to fail to comply with the duty to “take protective measures for the employee in the school premises, at least during night hours”. A guard and the outer doors of the school unit are locked.

Employer bodies were aware of the danger of providing employment in these areas as these areas were invaded by malicious extra-curricular elements during school hours. “.

The Areopagites point out that “no negligence was imputed to the servant.”She obviously believed and delivered her work Ensuring the conditions for its delivery in a protected environment”.

The employee sought judicial compensation of 100,000 euros but was awarded 40,000 euros.. The employer appealed to the Supreme Court arguing that the amount awarded was disproportionately high, but the appeal was ultimately dismissed.

15-year-old girl raped in Ilion – “I told them ‘stop, it hurts’ and they didn’t listen,” says student

Another disgruntled customer against Salt Bay: “Served with headphones and asked for $600 for a cut of steak”