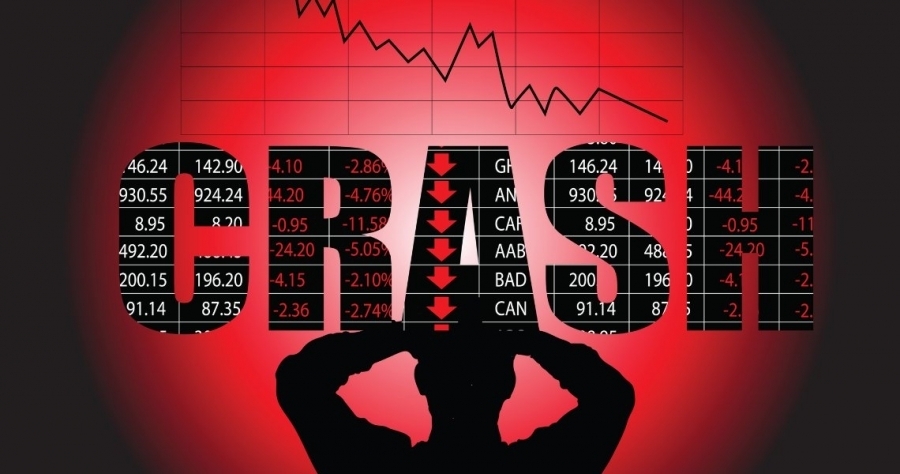 At April 2020 levels, when the pandemic crisis erupted, the S&P 500 US stock market barometer sees its “head” Rosenberg Research & Associates, David Rosenbergwith an estimate of -30% from current levels in 2023, to 2,700 units.
It is reported that the last time David Rosenberg shared his forecast for the US stock market and the economy, at the end of May, caused the depression.
“I feel like I’m relive the summer of 2008”then wrote.
He estimated that the S&P 500 – which was then trading above 3,900 points – would eventually flirt 3,300 points.
Rosenberg is the president, chief economist and strategist for Rosenberg Research & Associates Inc, based in Toronto.
His estimate was formed last May by March 2022, when he said the US Federal Reserve’s intention to raise interest rates was “not a good idea”. He predicted that the fight against inflation would lead to a painful economic depression.
After five price increases, Rosenberg is more pessimistic about economies and markets in 2023 — and if he says he’s disappointed with Fed Chairman Jerome Powell he will be. very forgiving…
Now, their predictions are telling more…
What do investors expect, he says? …
The S&P 500 will drop to 2,700 points, the lowest since April 2020, and US home prices will fall by 30% and the unemployment rate will rise.
The US economy is sinking into a recession, which is largely blamed on the Federal Reserve – and especially Powell -.

When does “bulls” come?

The truth, admittedly, is not something that has taken a toll on financial markets in recent years, as they have been operating mainly with free money thus far and with the Fed “loose”, boosting investment sentiment.
Now that movie is being played in reverse, Rosenberg says, the truth is that the next few scenes are going to be tough.
But because markets are cyclical, there will be a new bull market for stocks, bonds and other risk assets, says Rosenberg, who sees this new beginning in 2024, less than 15 months away.

The Fed ignores the signals

However, according to the legendary investor, “the Fed ignores market signals and chases lagging indicators like the annualized CPI and the unemployment rate.
I’ve never seen the Fed It never completely excludes what is happening on the supply side and completely ignores market signals.
I’ve never seen the Fed To tighten monetary policy strongly and the dollar to be in such a raging bull market.
I’ve never seen the Fed To narrow strongly during the stock market decline.
I’ve never seen the Fed To narrow strongly amid an inverted yield curve or a bear market in commodities.
Things the Fed already controls are either in the process of being processed deflation Either in deflation.
The more cyclical regions are beginning to see a slowdown in price momentum.
These are the areas that are closely related to changes in spending.
The S&P 500 lost six months in a row.
When it’s less than six consecutive months of official key economic indicators, the odds of a recession aren’t 80% or 90%, but 100%.
But leading economic indicators are not what the Fed is focusing on.
If I were making monetary policy decisions, I would choose to drive by looking out the front window rather than the rearview mirror.
But the Federal Reserve is constantly falling.
The impact of her decisions on the economy has not been felt.
This will happen next year.”

As Rosenberg puts it, “They tell you in their forecasts that they are willing to push the economy into recession to kill the inflationary dragon.
So stagnation is for sure.
What I know about recessions is that they destroy inflation and Stirring bear markets in stocks and real estate.
Then comes deflation.
It’s not complicated.
yit’s Paul He compares himself to Paul Volcker, not any other central bank.
The volker It had to deal with supply-side inflation and did so by crushing demand, paving the way for successive recessions and a three-year bear market.
What does anyone else need to know?
Powell told us in March that the Fed would act no matter what happens on the supply side of the economy.
It actually only focuses on the demand side.
But it is clear that they are exaggerating.
The Ben Bernanke He believed that mortgage problems would be kept under control.
The Alan Greenspan It was thought in early 2001 that we were in a slump in stock.
See what happened.
The holy grail of 2% inflation must be forgotten…sacrifices will be required.

“When a recession comes, historically 83.5% of bull markets have reversed, turning into a bear market.
Deflation is not multiple, but it can happen if there is a collapse in profits.
You get multiple deflation when profits collapse.
Moreover, we have to set a stagnation multiplier of 12.
We are not at 12.
If the level is higher than that, stagnation hits profits, which usually happens by 20%.
Analysts haven’t even started touching on their numbers for next year.
Thus it reaches 2,700 units.
But let’s not focus too much on the S&P 500 level.
Let’s talk about when the market will drop…
What are the conditions when the market goes down?
Historically, the market spends 70% of the way into a recession and 70% of the Fed’s easing cycle.
The Fed is not resting.
The Fed is tightening monetary policy, even as the bond yield curve is inverted.
The yield curve is currently abnormal.
Why would anyone think we would have a normal stock market with an unusual yield curve?
The question is, at what time will there be a reward for risking.
I am optimistic about 2024…
I think the Fed will stop tightening in the first quarter of 2023 and the markets will deal with it, but it would be a crash recovery…
There’s a reason Powell compares himself to Volcker – short-term pain for long-term gain.
The short-term pain under Volcker lasted for three years and I think that’s where we are now.
They proceed to crush inflation and turn a blind eye to the supply side, focusing on demand.
They will ensure that inflation is crushed.
This is about to happen.
Then we will go through another easing cycle in 2024, so we will see another bull market.” Rosenberg concludes.