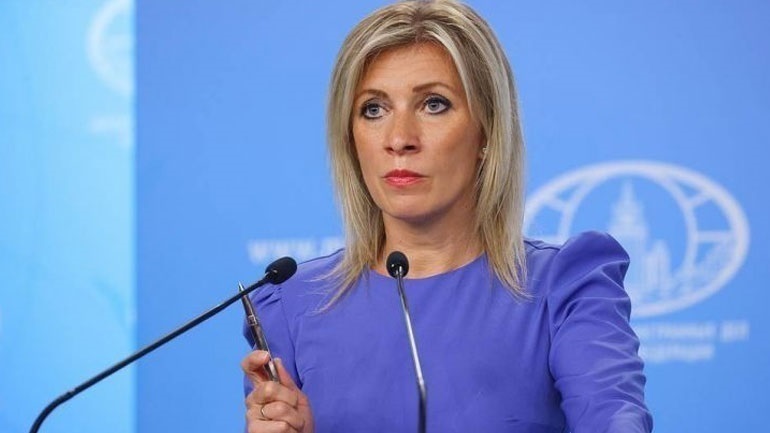 Maria Zakharova, the official representative of the Russian Foreign Ministry, responded that Russia has not changed its well-known position on the Cyprus issue and “unlike the collective West” does not think with ideological categories such as “revenge” or “punishment”. Question of KYPE.

“We have made detailed explanations on this matter through the Russian Foreign Ministry, the Russian Embassy in Nicosia, a week ago there was an interview of (Russian Ambassador to Athens) A. Maslov in the Izvestia newspaper, you know Russian very well. You can read exactly what he said, the press representative of the President of Russia Dmitry Peskov has positioned himself on this issue and I am ready to repeat our position as many times as you like.

Russia’s position on the Cyprus settlement remains unchanged, as you are well aware. We are bound by the resolutions of the UN Security Council, including 541 of 1983, 550 of 1984, which require all members of the international community not to recognize any Cypriot state at the end of the quote, except the Republic of Cyprus.

The needs of Russian citizens residing on the territory of Cyprus are met with the forces of the consular department of the embassy in cooperation with the official Cypriot authorities. Within the framework of our principled approaches, improvement of the possibilities of consular service to Russian citizens located in the north of the island and protection of their legal rights and interests is carried out on a permanent basis.

I want to emphasize that I am not going to repeat our reaction to the fantasy in the magazines you mentioned where you can find all this. But in conclusion, I would like to say that unlike the collective West, we do not operate with the “revenge” or “punishment” and some related concepts that you mentioned. We do not resort to them even in this difficult geopolitical situation. Despite the confrontational trend of EU and NATO towards our country. I think you know this very well.

I want to say, questions arise, for example, why the consular presence was strengthened, why the consular office is open now or not, why the service is online, why the phones are answered less, such questions are asked, someone sees a political dimension in this, someone else, maybe some indifference. In the context of what is happening in EU countries or let’s say the collective West, look at how many of our diplomats have been expelled from these countries. This primarily affected the population, our citizens and the service of our compatriots and citizens of the European Union. That’s why we maintain an uninterrupted work is a great art and skill, considering the number of our ambassadors, stay in places. There were cases where only the ambassador and a technical staff stayed, while no one removed the political task, or no one facilitated their operation on the ground, surely the number of requests and problems only increased by our fellow citizens. But every time in the West, no one publishes or leaks about the expulsion of Russian ambassadors, not wondering about this issue: and how their own citizens will work in our embassies, considering that there are joint plans. Activities and families and many other problems, without which and instead of which no one will solve? No one cares about these questions.

The press representative of the President of the Russian Federation said some time ago that no decision has been made regarding the establishment of direct air links between Russia and the so-called “TRNC”.