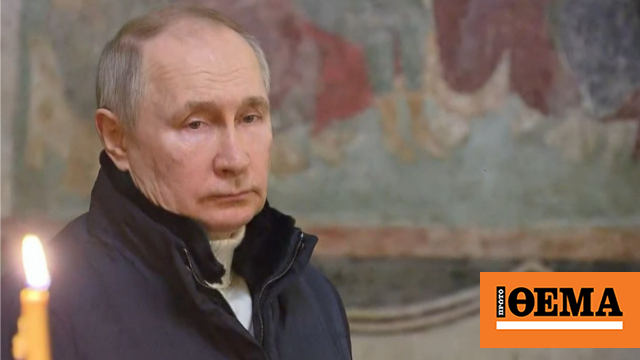 President of Russia Russian President Vladimir Putin He chose to watch her alone Christmas Service in the Kremlin Cathedral rather than being around other congregants. According to Reuters, quoting RIA Novosti, this is the first time in years that Putin celebrates Christmas. Moscow.

And state television showed two shots of Putin in the Cathedral of the Annunciation of the Virgin Mary, as he attended the midnight mass.

Putin created an individual chapel in the basement.
How pathetic his cowardice is. pic.twitter.com/Tdvx71f1vH

According to the old calendar, Christmas is celebrated on January 7th. Russian television briefly showed Vladimir Putin attending Christmas mass alone in the Kremlin, dressed in a white and blue blazer, before being tied to Moscow’s Cathedral of Christ the Savior.

Last year, Putin also attended Christmas mass alone at his residence in Novo-Ogaryovo, on the outskirts of the Russian capital. On Christmas 2021, he was with other believers at the Divine Liturgy in Novgorod.

The Russian Orthodox Church supports the invasion of Ukraine. On Thursday, Patriarch Kirill called for a 36-hour truce to celebrate Christmas in Russia and Ukraine. The Russian president ordered a unilateral ceasefire, which the Ukrainian government rejected.

Agrinio: The Nikolopoulos family has been acquitted of the quintuple murder

Patras: 6-year-old Tomas from Grevena is brain dead – his organs are being donated

Gianluca Vialli: The Italian legend has passed away at the age of 58