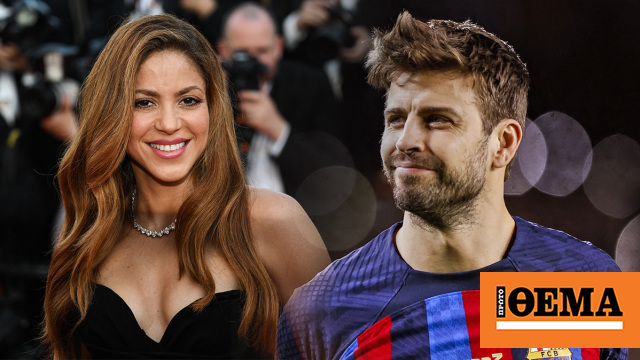 Although the latest news wanted it Shakira with her ex-partner Gerrard PiqueAnd the They came to an agreement regarding child custody, and it seems the “wounds” that developed after their love ended must be much deeper.

Gerard Pique appears to be back on the ‘counterattack’, and after the much-talked-about Colombian singer’s holiday with her two sons, Sasha and Milano, in Dubai for Christmas, the former Barcelona ace appears to be clamoring for more time with his two sons.

As already revealed following the couple’s child custody agreement, Shakira is expected to travel permanently with the children to Miami just days after welcoming the entire world in 2023. The agreement specifically stated that after the transition, Pique would be able to visit his children for 10 years. . days a month, whenever he wants.

However, according to the new developments that have been “sweeping” the Internet in the past few hours, the once beloved couple, whose love has become the object of admiration, will have to return to … dialogue, in the company of their lawyers.

The new developments were caused by Shakira’s trip to Dubai and the annoyance that Pique felt when his ex-partner announced to him that he would be taking the children from December 30, to spend the New Year together.

It should be noted that aOn Christmas Day, Shakira and the two boys find themselves in the desert The camera caught all three, at the time the singer was holding a bird in her right hand. “In the desert in search of peace this ChristmasThe Colombian star had written in the caption of the photo posted on her Instagram.

According to the ‘Mamarazzis’ podcast hosted by journalists Laura Fa and Lorena Vazquez, Gerard Pique isn’t too happy about spending less than a week with his kids because they’ll be moving to Miami just 24 hours into the new year. Meanwhile, the father-of-two appears to have concerns about the time he will be spending with his boys, as classes are expected to start around January 5.

«If children start school on the fifth of the month, Pique loses time with them. So either he will drop them off early, or they will start classes laterA source quoted by the Spanish newspaper “La Vanguardia” explained.

And the program’s journalists confirmed that the former Barcelona ace could ask Shakira to allow her children to postpone going to school for a few days, so that he could also complete the ten days agreed upon with them.

As characteristically reported in “La Vanguardia”, Pique has agreed to spend the New Year and the feast of the Three Kings (January 6) with his children and since the dates are complicated and do not coincide with the parents’ schedules, the intervention of a lawyer is expected.

For now, what Gerard Pique wants is for Shakira to end her short Dubai trip immediately, so she can spend more days with Sasha and Milan and enjoy both holidays, before an entire entourage separates the couple from their New Year’s salads.

The latest information to see the light of day Gerard Pique wanted, Shakira cheated with more than 50 women.

After their well-received separation and custody case for their two children, publications came out to show the footballer “not washing”.

Journalist and paparazzi Jordi Martin, who revealed the couple’s house from the inside, and followed every nook and cranny of their relationship, reported that the footballer, during his relationship with Shakira, made love not with one woman, but with 50 women.

«He cheated on her not only with Clara Kea, but countless times. Over 50. Shakira is starting to know it allThe paparazzi claimed, while also announcing all the relevant details of the Spanish ace’s illegal relationships:One was in 2012 and 2016 with his ex-partner, Nuria Thomas, and two years ago with a Barcelona nightclub girl and the list goes on.».

On December 1, the singer and football player were invited Ratify their separation agreement.

Shortly after they entered the “City of Justice” in the complex of buildings that housed the Barcelona courts and in fact from different entrances, the two resolved what they had to separate, most of all the custody of their children.

According to reports, the agreement states that Shakira will live in Miami, USA, with their two children, Sasha, 11, and Milan, 9.

For Pique, according to the Daily Mail, the law gives him the right to spend up to 10 days a month with his children, with both his travel expenses covered.


What exactly is stated in the agreement of the former spouses

«Gerard Pique will spend time with his children up to 10 days a month and all three applicable holiday periods in the US, except for Christmas and summer holidays.

This Christmas the nursery will be 50% according to the calendar of the Catalan Regional Government and in the following years it will be set according to the children’s school calendar. This is the agreement entered into by the footballer and his partner, Shakira, regarding the custody of their childrenmentioned in the article.

«We have signed an agreement guaranteeing the welfare of our children which will be ratified in court as part of a purely formal processAnd they both made references in their short statements.

«Our only goal is to provide our children with the greatest possible safety and protection and we believe their privacy will be respected. We appreciate your concern and hope that the children will be able to continue their lives with the necessary privacy, in a safe and calm environmentThe statement concludes.