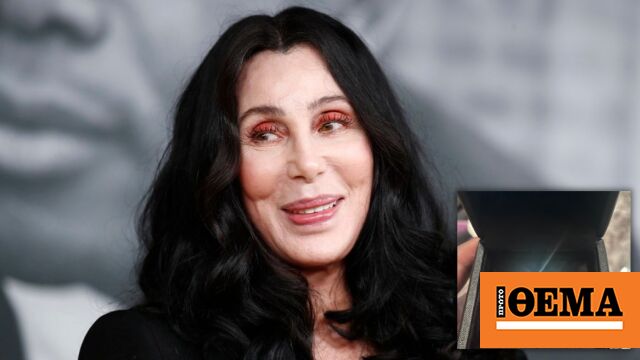 the sir with her post on Twitter And with an eye-catching ring, she may have announced her engagement to her music producer partner Alexander Edwardsalso known as AE

The 76-year-old singer posted the photo on Christmas Day, with her caption of the 36-year-old beau’s name, along with the phrase:There are no words».


According to People, the post prompted questions on social media about whether it was just a gift or an engagement ring. A few hours later, Cher, without confirming the rumors, reposted the photo, explaining that she had posted it, “Because her manicure is so beautifulWith millions of fans still asking her.

The couple made headlines when they were photographed holding hands on November 2 in Los Angeles. After the outing, the legendary singer was quick to confirm the two are in a relationship and defended the 40-year age gap, writing on Twitter: «Love knows no mathematics».

who is the new partner of mr

Alexander Edwards is a music producer for Universal Music Group and was until a year ago Foreign media filled his turbulent personal life. More specifically, his name has been in the news after his ex-girlfriend’s accusations, Amber flowerwho is the model and founder of the organization SlutWalk (which advocates for victims of rape and abuse). Edwards has been accused of cheating on her with no less than 12 different women, and in fact, Rose didn’t hesitate to publicly expose him on Instagram.

Rose revealed through a statement, which she posted on her personal account, how badly her partner treated her, while talking about disrespect and mental abuse. As I mentioned, not only did he cheat on her, but he disrespected her for a moment, neither her nor the child they had together.

“I’m sick of him cheating on me and despising me behind the scenes. You twelve (who I know at least) can take him, he’s yours. You all know he had an affair and a baby, but you chose to go with him anyway. I’ve seen your letters and pictures. You all know.” Each other and neither of you were interested in me. I could no longer fight alone for my family. I was loyal and open, but I don’t have the energy to waste it like that anymore. I will never say these girls’ names, because I don’t intend to ruin their lives, but you all know who you are. As for him, this lack of faith and respect is absurd, so I’m done with him.” had written.

Cher’s romantic past, marriage and children
The “Goddess of Pop,” as she is called in Hollywood, married Sonny Bono in 1964, with whom she had one child. After 13 years together, Sonny and Cher divorced, and the following year the singer married rock star Gregg Allman and had a son, Elijah Blue Allman, who was born in 1975.

The couple dissolved their marriage two years later. In fact, during the same period, Cher claimed to have had an affair with Elvis Presley. The famous singer has also been in relationships with David Geffen, Tom Cruise, and Bon Jovi.

Corriere della Sera: Kylie maintains her innocence – ‘she will fight to the end’