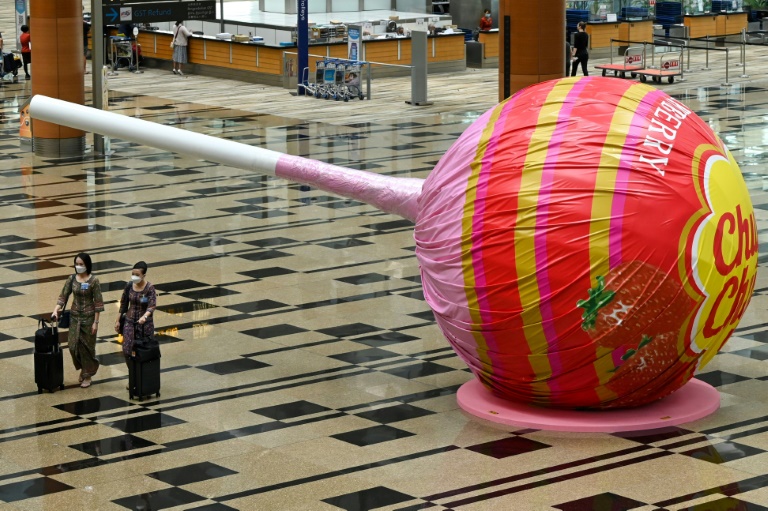 Singapore reopened its borders to all vaccinated travelers on Friday, April 1, after two years of lockdown due to the pandemic, to please tourists, who are happy to be able to travel again without restrictions at exorbitant cost.

The reopening of this major air hub for Asia Pacific travel follows those of other countries in the region that have also removed mandatory quarantines and other restrictions.

Previously, only citizens of a handful of countries with agreements with Singapore could enter the city-state in Southeast Asia without undergoing quarantine, but as of Friday, travelers only need to show a negative test.

Changi Airport witnessed a resumption of its activities, with floods of arriving passengers, while hundreds of travelers crowded the departures area to exit the island.

“I took the first opportunity to fly today after the restrictions were lifted (…) I’m back to normal,” he told AFP.

Diana Mathias, originally from Guyana and living in Abu Dhabi, came to Singapore on a week-long vacation with her mother.

“I’m really happy because it’s been so long since I’ve flown by plane.”

The 38-year-old admitted she was “a little nervous” about having to go through a lot of paperwork to travel, but eventually found the process “really easy”.

Neighboring Malaysia also fully reopened its borders on Friday, allowing thousands of cars and motorbikes to rush over the bridge separating the Malay Peninsula from Singapore.

This border crossing, one of the busiest in the world, was partially reopened last year.

Kuala Lumpur Airport has also seen the resumption of foreign tourist arrivals after being closed for nearly two years.

Bo Lingam, CEO of regional airline AirAsia, has predicted a “leap” in air travel in the region.

He told AFP that the reopening of the borders was “a joy for me and our staff, who have faced so many difficulties during the pandemic.”

“As of today, we will not see our planes remain on the tarmac but they will fly in the blue sky.”