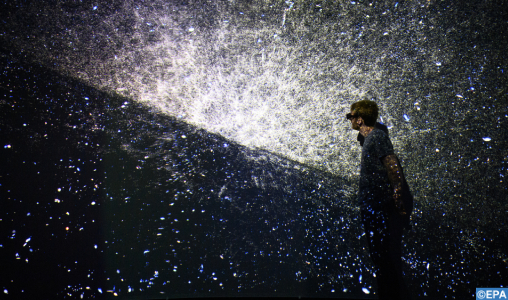 Al Haouz Province – The sixth edition of the International School of Astrophysics (OISA 2022) will be held from July 1 to 8 in Oukaimeden (Al Haouz Governorate), at the initiative of the Astronomy Observatory of Cadi Ayyad University (UCA).

Organized under the theme “Spectral Analysis in Astrophysics”, by the Laboratory for High Energy Physics and Astrophysics (LPHEA) and the Oukaimeden Observatory, two UCA research structures, supported by the VLIR-UOS project, a collaboration program between the University of Antwerp (Belgium) and UCA , OISA (Oukaimeden International School of Astrophysics), this event is one of the main activities and an achievement for Morocco in the field of training through research in astrophysics, indicates a press release from the organizers.

LPHEA researchers are currently using several telescopes and instruments as part of several international scientific cooperation programs with France, Belgium, Switzerland, the USA, South Korea, Saudi Arabia and Australia, the same source adds, noting that the telescopes at the observatory all operate in fully automated and remote mode Oukaimeden. .

Thanks to the University of Central Asia’s acquisition of the “Echelle” spectrometer, the topic “Spectroscopy in Astrophysics” has continued to develop within the LPHEA, according to the same source.

It will be further strengthened by ongoing acquisitions, made possible in particular by the VLIR-UOS programme, and therefore the choice of subject matter for this school, like its predecessors, will not fail to leave a strong impact to establish this hub definitively research in the UCA and beyond in the East Region Middle and North Africa.

This edition will also be marked by the signing of a framework cooperation agreement between the University of Central Asia and the National Research Institute for Astronomy and Geophysics (NRIAG) in Egypt.

In addition, a meeting will be organized between European and African astrophysicists to develop an original new scientific project, namely: the installation of the Belgian-French-Moroccan model robotic telescope at the Okemden Observatory.

On the sidelines of OISA and under the theme “Women’s Astronomy”, the initiation evenings of astronomy and observation will be held at the headquarters of the Dar Al-Taliba Charitable Society.

The program also includes events for the general public, including two conferences, an astrophotography exhibition, hands-on workshops for youth as well as observations of the sky led by the 3AM Association and the Atlas Dark Sky Foundation.