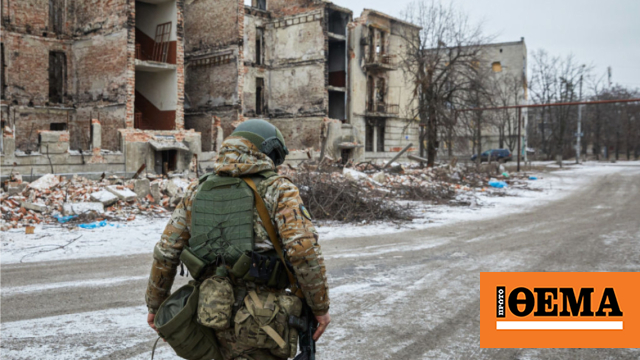 On a road near the city of Solentar, Ukrainians Soldiers send a spy drone to the area where he is Russian forceswhile preparing to repel another attack.

On Wednesday, the Ukrainian army admitted the withdrawal of its forces from the city of Solentar in the Donetsk region, where the fiercest fighting took place since the start of the Russian invasion on February 24.

“We lost our positions for 2-3 days, but now we are trying to get them back,” confirms Igor, a Ukrainian soldier in the area.

The Russian mercenary group Wagner, which allegedly led the attack on Solentar, announced its capture on 11 January.

Two days later, the Russian Ministry of Defense announced that its forces controlled the city, which had a pre-war population of about 10,000. The capture of Solentar is the first major success of the Russian army in months. It was preceded by a series of defeats and setbacks on the eastern and southern fronts.

Ukrainian military spokesman Serhiy Tsrevaty told AFP his forces had retreated after weeks of heavy fighting. “We are building a new line of defense with fortifications in other places, while we continue to deliver powerful blows to the enemy,” he added. According to him, the deployment was carefully planned, without “encirclement” or “mass capture” of Ukrainian soldiers.

“The fighting was fierce,” said Sergeant Alcor, and the enemy had a great numerical advantage. “We were firing non-stop, but after five minutes a new wave of 20 enemies was coming at us (…) They were overwhelming in number. They are using their soldiers as cannon fodder… Our people were saying ‘Stand up, don’t withdraw'”.

While some Ukrainian soldiers are convinced that the lost territories can be recaptured, others are not so sure.

The deputy commander of the 144th Infantry Battalion, Volodymyr Leonov, who was deployed ten kilometers away, admitted that “Solentar has fallen.” According to him, 27 soldiers signed a letter expressing their refusal to return to combat positions.

Yesterday, Wednesday, Ukrainian President Volodymyr Zelensky signed a law that stiffens penalties for disobedience or desertion, providing for 10 and 12 years in prison, respectively.

However, for some, imprisonment may be preferable to death in a ditch. At least “some people think so,” Leonov admits.

Russia, having a “numerical superiority”, “intensifies” the fighting in the eastern part of the country

Ukraine’s Deputy Defense Minister Hania Malyar said on Wednesday that Russia, which enjoys “numerical superiority”, is “intensifying” its operations in the Donetsk region of eastern Ukraine, hours after Western leaders announced the delivery of tanks to Kyiv.

“The fighting is escalating,” Ms. Maliar said via Telegram, referring specifically to the Bakhmut region, which Russian forces have been trying to capture for months, as well as the area around the municipality of Vogledar in the southwestern part of Donetsk.

This is the first time that Ukraine’s political leadership has explicitly referred to Vogledar, a pre-conflict town of about 15,000 in the southwestern part of the front line in Donetsk Oblast, as being included in the areas where “heavy” fighting is taking place. .

“Now in the Donbass, against their numerical superiority and superior weaponry, our advantage lies in the professionalism of our military leadership and the courage of our soldiers,” he added.