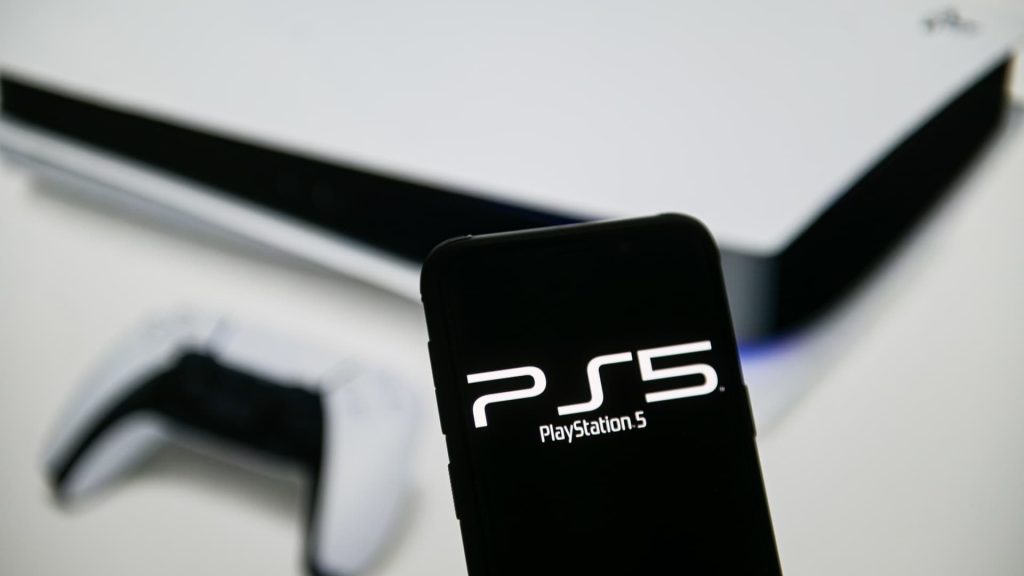 Revenue from mobile games accounts for more than half of the mobile game market. Sony is looking to diversify beyond consoles with its new dedicated mobile gaming division for PlayStation.

Sony’s PlayStation has dominated the gaming console market for a long time.

But the business model for console games has changed. It’s not just about selling hardware and then hoping people buy new games. It’s about continuing to make money from these games through regular updates that people spend money on and also sell subscription services.

The stream of Sony deals, particularly with the acquisition of Bungie, highlights this push.

“Their goal is to have enough content to motivate players to purchase their owned hardware, pay a monthly fee for the subscription service operated by PlayStation (PS Plus), and purchase the occasional digital game through the PlayStation Store, for which Sony receives an approximately 30% reduction. Tom Wegman, game market leader at data company Newzoo, told CNBC.

“Studios capture is the safest way to ensure exclusive content for their ecosystem – particularly in reaction to the acquisition spree of Microsoft, one of Sony’s main competitors in the gaming space.”

Sony is also looking to expand beyond consoles. Last week, the Japanese giant said it was creating a unit dedicated to overseeing the development of mobile games, a relatively new project for the company, which has been very dominant in consoles for years.

The acquisition of Savage Game Studios, which is dedicated to mobile games, is another essential part of the strategy.

“Sony is getting out of its comfort zone to remain competitive,” Wegman said.

Revenue from mobile games accounts for more than 50% of the total gaming market, while consoles make up about 27% of sales, according to Newzoo. So, Sony is after a bigger piece of the pie.

Sony’s acquisitions will help boost its intellectual property and gaming library as it looks to expand into mobile games.

Last year, Chinese regulators Restricting the amount of time under-18s can play online games The approval of new titles has been frozen. In China, the games need the green light from the organizers to be released and monetized. those Approvals restarted only in April.

Meanwhile, the re-emergence of Covid-19 in China and the subsequent lockdown in the country’s major cities have hurt economic growth. This led to Worst quarter in revenue growth For some tech giants in China, including Tencent.

With a more difficult domestic market, Tencent and NetEase abroad looked for growth through acquisitions and investments.

“Tencent and NetEase have built their gaming business primarily in their native land of China. Now that their home market is increasingly organized and difficult to operate in, these two companies will accelerate their global expansion strategy,” Wijman said.

Tencent owns or invests in some of the largest gaming companies in the world, including League of Legends developer Riot Games.

NetEase’s strategy has focused on acquiring high-level intellectual property rights. With the acquisition of Quantic Dream, the Hangzhou-based company has access to publish the upcoming Star Wars game. NetEase has already released mobile games based on Harry Potter and Lord of the Rings Privileges.

For the two giants, owning stakes in or owning the studios behind huge global successes in the gaming world has become an essential part of the strategy.

While NetEase has traditionally been less aggressive than Tencent in its deal activity, it has ramped up its efforts over the past year.

Another part of the investment strategy of both companies highlights their ambitions in the gaming hardware sector. NetEase and Tencent grew mostly by focusing on PCs and mobile games, not consoles, which were banned in China for the 14 years until 2014.

But the two giants have begun to do so Diverting their efforts towards gaming devices.

NetEase hired a An expert in the console industry to run a Japanese game studio earlier this year. Tencent-owned developer TiMi Studio has opened offices in Montreal and Seattle to focus on PC and console games.

Acquiring and investing in other game studios again could help both companies gain access to IP for games on consoles as well.

Stricter regulation in China and the search for growth could push NetEase and Tencent to continue their investment and acquisition strategy.

“Finally, if regulations from the Chinese government continue to put pressure on NetEase and Tencent in their home markets, I think they will also be keen to consider mergers and acquisitions,” Wegman said. Their global expansion strategies are just getting started.