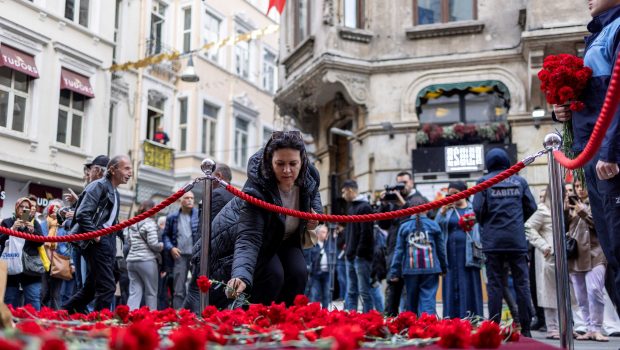 The woman suspected of the Istanbul bombing is Syria dreams of sightthat admitted it She was trained by the Kurdistan Workers’ Party. In fact, the Turkish Minister of the Interior, Suleyman Soylu, did not hesitate to involve Greece as well, saying that if she had not been arrested, she would have gone to Greece!

“If we hadn’t caught her (the woman), she would have gone to Greece,” Soylu said.

According to Suleyman Soylu, the authorities have in their hands an audio document, as the Turkish Foreign Minister claims, proving that the PKK ordered the murder of the perpetrator to avoid arrest.

New: Turkish Interior Minister says Istanbul bomber will flee from Turkey to Greece today if she is not arrested

He also says the police have a phone/audio tape indicating that the PKK ordered her murder to prevent her arrest pic.twitter.com/vBT8t59Gkw

“We are not enemies of anyone. I want to express that we do not have the strength to bear the betrayal. The work continues. If they had not been arrested, he would have fled to Greece today,” the Turkish Interior Minister said Monday morning.

According to the Turkish Interior Minister, among those arrested were the bomber and “who gave the order to kill the terrorist.”

Meanwhile, Soylu implicated the United States in his statement, saying, “We do not accept the condolences of the American Embassy.”